The Damage at my Office - No Rain Needed

These are images of the damage to my office.

Office image before the hurricane:
my office, brown with the bright blue awning, is the fourth building in from the right.
The other brown brick building with lighter blue awning shares the middle wall with me.
She has a true second story; mine is only a facade. 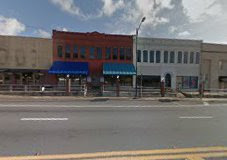 This is an image shared by someone during the storm:
The building that lost its front is two doors down from mine; the second from right above. It is being demolished. 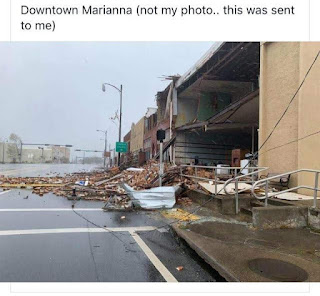 Here are images a few days after the hurricane of just my office and the neighbor. 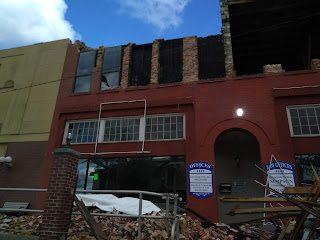 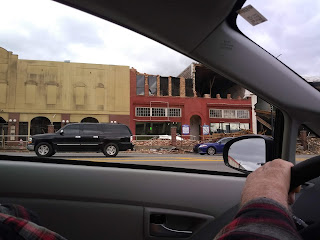 Here is an aerial view of the corner block after the storm, before we could get up to see the damage.
The hole on the roof shows on the fourth building in from right. 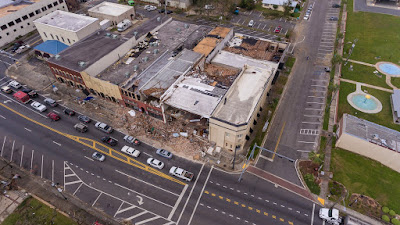 This is the inside lobby which becomes a rainfall when raining. 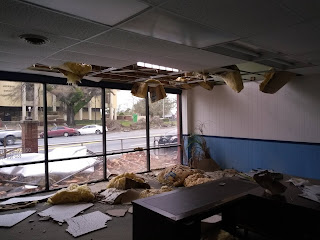 There are cracks from corner to corner along the front which is creating the structural concerns. 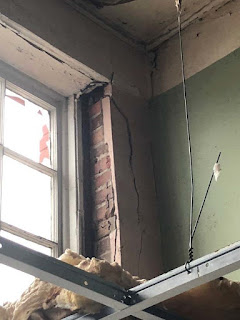 Here is the 15' x 32' hole on the roof with bricks fallen in.
The side walls and this hole are making it difficult to get tarping secured. 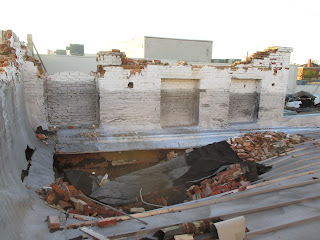 We are not sure what is holding the bricks on the roof.
This is a broken beam below that area. 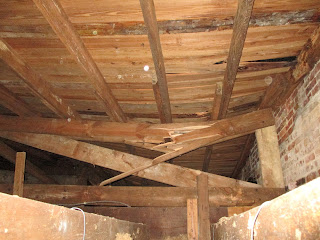 The front entrances to the buildings were blocked by the fallen brick. This is my neighbors rear storage area that we have to wade through to get access. 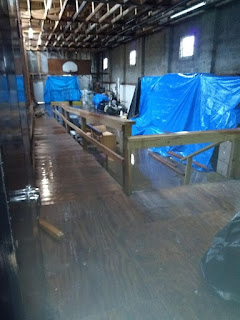 The roofer was by on Thursday and was supposed to tarp the roof but then decided there was too much risk and they had to arrange to get the brick removed and a temporary fix of the hole. Now we have a weekend of heavy rain which we don't need until we can get the roofs covered. :-(
Posted by Martha Eskuchen at 7:57 PM