How self-aware should a robot be? 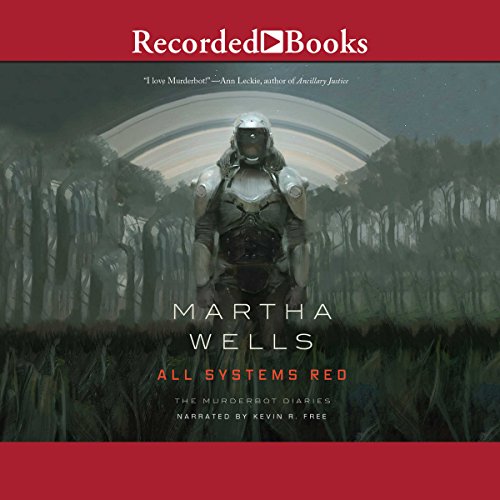 
Publisher's Summary
All Systems Red is the tense first science fiction adventure novella in Martha Wells' series The Murderbot Diaries. For fans of Westworld, Ex Machina, Ann Leckie's Imperial Raadch series, or Iain M. Banks' Culture novels.
All Systems Red tackles questions of the ethics of sentient robotics. The main character is a deadly security droid that has bucked its restrictive programming and is balanced between contemplative self-discovery and an idle instinct to kill all humans.
In a corporate-dominated spacefaring future, planetary missions must be approved and supplied by the Company. Exploratory teams are accompanied by Company-supplied security androids, for their own safety.
But in a society where contracts are awarded to the lowest bidder, safety isn't a primary concern.
On a distant planet, a team of scientists are conducting surface tests, shadowed by their Company-supplied 'droid - a self-aware SecUnit that has hacked its own governor module, and refers to itself (though never out loud) as "Murderbot."
Scornful of humans, all it really wants is to be left alone long enough to figure out who it is. But when a neighboring mission goes dark, it's up to the scientists and their Murderbot to get to the truth.
©2017 Martha Wells (P)2017 Recorded Books


Review:
“Murderbot” is a company droid assigned as the security unit (SecUnit) for an exploratory scientist team on a distant planet. Murderbot has spare time on its hands/circuits. It has already hacked its own company module and spends time streaming old movie/TV series while trying to decide who it really is. It hasn’t allowed the humans to know it can override their commands if it wants to.

A nearby mission camp goes silent so the scientists and Murderbot take a trip to discover what happened. Murderbot realizes that there is danger as it discovers murdered humans and destroyed droid units.

Normally Murderbot doesn’t care so much about humans but he finds himself liking the scientist group who seem to care for each other. Now Murderbot has to discover a way to protect its people. Maybe it really can become part of a team.

I do like sentient robots, even though that could be scary. Murderbot is a likeable character and I enjoyed how it strategized and worked with the head of the team, Dr. Mensa, to protect the humans and uncover, and out wit, those behind the murders. This story has good world building and a full plot for just a short story. The author presents prejudices from the humans and the robot and allows them to grow beyond those initial stereotypes. This is my first read by Ms. Wells but I have an older story in my Audible TBR that I plan to listen to soon.

I recommend this to those who enjoy AI sci fi stories. My only concern is that the three additional stories are under 4 hours at a price of $11.99 each so the 12 hours ends up costing a healthy $36.00.

Audio Notes: Kevin R. Free does a good job with the narration. There is an appropriate robotic tone that fits Murderbot as the narrator of the story. Free gives the other characters their own voices that helped to bring the story alive. I am glad I listened to this on audio.