I liked this Prequel and the Joe Ledger character. 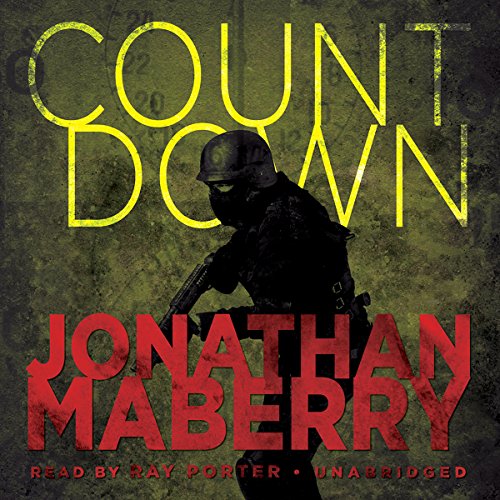 Publisher's Summary
“I didn’t plan to kill anyone. I wasn’t totally against the idea, either. Sometimes things just fall that way, and either you roll with it or it rolls over you. Letting the bad guys win isn’t how I roll.”
Meet Joe Ledger, Baltimore PD, attached to a Homeland task force … who’s about to get a serious promotion.
©2008 Jonathan Maberry (P)2011 Blackstone Audio, Inc.

Review:
Joe Ledger is a hardcore Baltimore detective who has a reputation for taking bad guys down with his steely nerves and skilled shooting. His is pulled into a task force that steps into a situation to shut down a terrorist operation and stop the release of a unknown deadly bioweapon. While Joe and a close friend on the team are dodging bullets, Joe notices a locked box which turns out to have a man in it. During the melee the man gets loose and stumbles out. The drugged looking man isn’t armed so initially Joe ignores him. But after bouncing off a kick, the man lunges at one of Joe’s teammates like a snarling dog. When the biting man gets in the way of eliminating shooters, Joe takes him out of the way.

Joe’s actions, taking out a multitude of hostiles, catches the attention of Mr. Church, the commander of a black-ops organization, the Department of Military Sciences (DMS). Will Joe be recruited by the DMS?

I have been eyeing this zombie series for a while even though (or maybe because) the first book, Patient Zero, has a rather gruesome-looking cover. I like the ‘super-hero’ nature of Joe’s character, including what appears to be a snarky attitude. I am glad to have had the opportunity to listen to this quick book and will likely try the series. There is limited zombie action in this short audio, but I do recommend this introduction to fans of the zombie genre.

Audio Notes: Ray Porter is a wonderful narrator, and his performance enhances the story for me. He portrays the hardcore nature of the prime character and also delivers the fast paced action. I always enjoy listening to Porter’s deliverance.


Source: September 2020 Audible Plus Catalog. This qualifies for 2021TBR, 2021Audiobook, and #FraterfestRat goals.

Posted by Martha Eskuchen at 12:00 PM