This is a good, short start to a mystery series..
Once Upon a Haunted Moor: The Tyack & Frayne Mysteries, Book 1
By: Harper Fox
Narrated by: Tim Gilbert 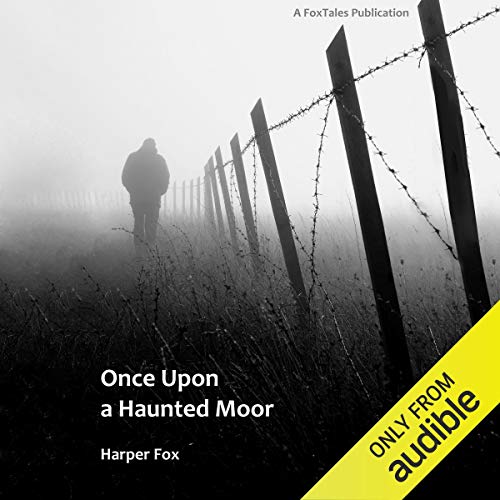 Publisher's Summary
Gideon Frayne has spent his whole working life as a policeman in the village of Dark on Bodmin Moor. It's not life in the fast lane, but he takes it very seriously, and his first missing-child case is eating him alive. When his own boss sends in a psychic to help with the case, he's gutted - he's a level-headed copper who doesn't believe in such things, and he can't help but think that the arrival of clairvoyant Lee Tyack is a comment on his failure to find the little girl.
But Lee is hard to hate, no matter how Gideon tries. At first Lee's insights into the case make no sense, but he seems to have a window straight into Gideon's heart. Son of a Methodist minister, raised in a tiny Cornish village, Gideon has hidden his sexuality for years. It's cost him one lover, and he can't believe it when this green-eyed newcomer stirs up old feelings and starts to exert a powerful force of attraction.
Gideon and Lee begin to work together on the case. But there are malignant forces at work in the sleepy little village of Dark, and not only human ones - Gideon is starting to wonder, against all common sense, if there might be some truth in the terrifying legend of the Bodmin Beast after all. As a misty Halloween night consumes the moor, Gideon must race against time to save not only the lost child but the man who's begun to restore his faith in his own heart.
©2013 Harper Fox (P)2018 Audible, Inc.

Review:
Gideon Frayne is a policeman in his home village on the edge of the Cornish moors. He is frustrated as the days pass, and he hasn’t located a missing young girl. Gideon is a bit surprised, and annoyed, when his superior indicates that a psychic has been called in. Gideon is set against the idea and then he meets Lee Tyack.

Circumstances leave Lee without a reservation, so he ends up staying with Gideon. At first Gideon is very skeptical about Lee’s not so clear visionary clues. But soon he realizes that the clues make sense once they get the right interpretation. A little romance develops between Gideon and Lee as they get closer to finding the missing girl. Soon Gideon realizes that Lee is in danger too. On a dark, foggy Halloween night, Gideon sets off into the dark moors and the caves there in hopes he can save the girl and his new friend.

I am very impressed by the writing in this short mystery which has a beautiful tone even with the darkness of the settings and issues. The mystery isn’t terribly deep, but the dangerous creature and the physic element adds to the plot. Gideon and Lee are two distinct and different characters, but they work well together. The relationship between Gideon and Lee is tastefully handled. I might be inclined to read more in the series.

Audio Notes: Tim Gilbert does a wonderful narration. His accent fits the story and he enhances the haunting tone while portraying clear characters. I would listen to more narration from Gilbert.


Source: August 2020 Audible Plus Catalog. This qualifies for 2021TBR, 2021Audiobook, and #FraterfestRat goals.
Posted by Martha Eskuchen at 9:45 PM