Happy Friday!
I have enjoyed this week with family and relaxing -- although we are sort of snuggled in to stay out of the cold.
I wish you all a safe and Happy New Year!
Please note - I hope to get all Gift Cards out this weekend; books will have to wait till I return to the office.

I am back to two random winners. Again, I am sorry I haven't gotten that last box listed yet. I don't think I will get to that until my Christmas break time.


CONGRATULATIONS
to Random.org picked Winners from December 22 Pick:
CAROL L gets a book choice TBD;
ALINA gets a GC. 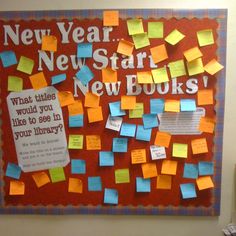 Here is to a NEW YEAR OF WONDERFUL READING!
Image found at Pinterest.

THESE BOOKS ARE NOT LISTED YET SO THE ONES CHOSEN/WON ARE THE ONES STRICKEN HERE:
Finger Licken' Fifteen
How to Tame a Highland Warrior
The Texan
Total Control
Stephanie Laurens Pair
Desperado
Rebellious Desires
Forget Me Not

I am happy to say that so far about 1,130+ books have found new homes through this feature! YAY. [A month or so ago I posted I had reached 2000 books given away. As I calculated the numbers 11/2/17 I realized that had to be an error. I realized I went from 1098 to 2001 instead of 1101. Guess I was tired; sorry for the error.] I have to update my print out to check the exact number sent out - a few were never claimed. I periodically update the lists - deleting those won. You can still go to the Friday Pick list link to see older posts and the older lists book pictures if you want!