Happy Friday!
I had another busy, end-of-the-month week. Two days of travel allowed some book listening in the car. Our weather started the week cold (for us) but has warmed up.

Don't forget that I celebrate this event for the four weeks in November by selecting FOUR random winners! So be ready to make your picks to give books a new home or get a GC to spend toward book purchases!


CONGRATULATIONS
to Random.org picked Winners from November 24 Pick:
JANHVI gets a GC;
ASHFA gets a GC;
JANE gets a Book choice that doesn't conflict with anyone else's previously named choice;
and
CAROLL gets The Texan. 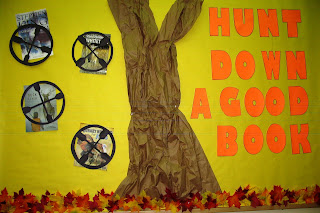 I love hunting down good books.
Image found at From the Short Stacks.

Finger Licken' Fifteen
How to Tame a Highland Warrior
The Texan

I am happy to say that so far about 1,124+ books have found new homes through this feature! YAY. [A month or so ago I posted I had reached 2000 books given away. As I calculated the numbers 11/2/17 I realized that had to be an error. I realized I went from 1098 to 2001 instead of 1101. Guess I was tired; sorry for the error.] I have to update my print out to check the exact number sent out - a few were never claimed. I periodically update the lists - deleting those won. You can still go to the Friday Pick list link to see older posts and the older lists book pictures if you want!