This is an intriguing sci fi, gene-based, mystery. 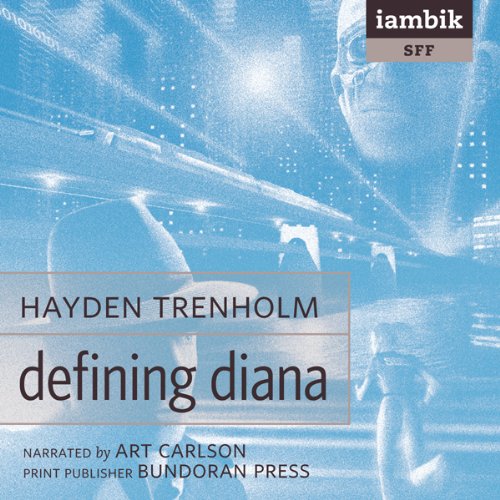 Publisher's Summary
"Found naked and alone in a locked room. The beautiful woman was in perfect health - except she was dead... It's 2043 and much has changed: nuclear war, biotechnology and all-powerful corporations have ruled the world....
Now science is taking DNA manipulation to new, unrestricted levels. Superintendent Frank Steele is an old-fashioned cop. He commands a small, elite police unit that is handed all of the bizarre and baffling cases no one else can solve. He knows the money, the murders, missing persons and gruesome body shops are all connected. He knows it starts with the girl....
©2008 Hayden Trenholm (P)2011 Iambik Audio Inc


Review:
Frank Steele is an old-fashioned, alcoholic cop who struggles somewhat in a technically enhanced world in 2043 where biotech cyborgs and humans are as likely to face off as to work together. Frank commands an elite Calgary police team, the Special Detection Unit (SDU). The SDU is assigned to solve cases that baffle everyone else. The team consists of his second, a strong female detective who is distracted by the recent betrayal and abandonment of her husband, a young detective who has chosen to become part biotech and a brash detective who is brutal and psychotic outside of the team. There is also a forensic specialist who has been assigned to them for this latest bizarre case.

The case involves the body of a beautiful young woman who is found dead, naked in a room locked from within. There is no apparent wound or cause of death, nor any means to identify the woman. The team must figure out who she is and how and why she died. Additional murders and missing people provide clues to political involvement and connections with gruesome body shops where the bio techs are either implanting or extracting parts…or both.

The team presses into the investigation but it seems the killer is always one step ahead as though he or she is getting tipped off from a mole within the SDU. This sets the team members eyeing each other with suspicion. If Frank can figure out how all of the pieces connect to the dead woman he is sure he can figure out the rest of the mystery. But just as the team is getting closer to the truth, Frank’s superior disbands the SDU and pulls everyone off the case. Obviously they were stepping on toes and Frank isn’t exactly one to walk away.

This is a wonderfully intriguing mystery told in first person from the primary detective's perspective. There is some language and some gruesome violence that fits a gritty police procedure noir story. The team characters are extremely flawed and purposefully stereotyped. The mystery is well plotted and I like the combination of the crime procedure and cyberpunk elements. I recommend this to those who enjoy noir mystery fiction.

Audio Notes: Art Carlson provided an interesting narration. He doesn’t really provide multiple voice accents but his ‘reading’ seemed to fit the noir style of the story. I suggest anyone interested in the story listen to the sample to determine how they feel about the narration. I found it appropriate and not detracting from the story.


This Sci Fi Mystery is from my TBR shelf; added in 9/2012. This qualifies for my Mount TBR and Audio Challenges.

I realized as I was listening to this that something was familiar. I listened to book 2 in the Steele Chronicles series in 2012.
Steel Whispers by Hayden Trenholm
Posted by Martha Eskuchen at 10:29 PM