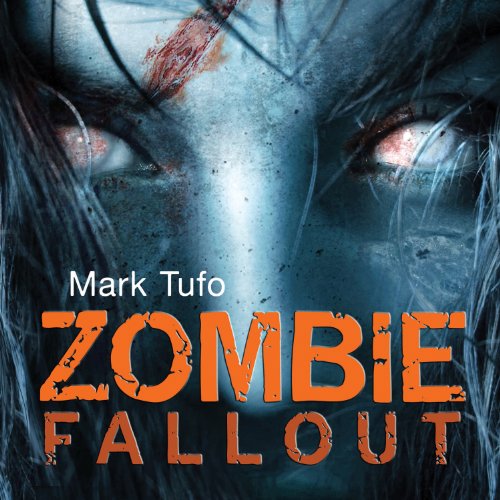 Publisher's Summary
It was a flu season like no other. With the H1N1 virus running rampant throughout the country, people lined up in droves to try and attain one of the coveted vaccines. What was not known was the effect this largely untested, rushed to market, inoculation was to have on the unsuspecting throngs. Within days, feverish folk throughout the country convulsed, collapsed, and died, only to be reborn. With a taste for brains, blood, and bodies, these modern-day zombies scoured the lands for their next meal. Overnight the country became a killing ground for the hordes of zombies that ravaged the land.
This is the story of Michael Talbot, his family, and his friends: a band of ordinary people trying to get by in extraordinary times. When disaster strikes, Mike, a self-proclaimed survivalist, does his best to ensure the safety and security of those he cares for. Book one of the Zombie Fallout Trilogy follows our lead character at his self-deprecating, sarcastic best. What he encounters along the way leads him down a long dark road, always skirting the edge of insanity.
Can he keep his family safe? Can he discover the secret behind Tommy's powers? Can he save anyone from the zombie queen? Encircled in a seemingly safe haven called Little Turtle, Mike and his family, together with the remnants of a tattered community, must fight against a relentless, ruthless, unstoppable force. This last bastion of civilization has made its final stand. God help them all.
©2010 Mark Tufo (P)2012 Tantor


Review:
Mike, a man in his mid-40s, is an ordinary man with his wife, Tracy, a daughter, Nicole, in college, 19-year-old Justin, 15-year-old Travis and an aging bull dog named Henry. Mike is a former Marine, but that didn’t prepare him for zombies. When the “flu” turns his neighbors into the walking dead, Mike and Travis head to Walmart to pick up Justin. In addition to Justin, they bring home overweight, affable Tommy. Tommy quickly becomes part of the family, saving them a time or two with an unexplained second sight. Nicole and her boyfriend make it home to make it one strong family group.

Mike was already a prepper, but the family begins to scavenge for supplies to aid in survival. They plan to hunker down with other survivors. in their subdivision of Little Turtle. There are some who cooperate, helping to build a defensive wall. Others don’t cooperate, and some are downright psychopaths. Still, the real enemies are the zombie hoards.

The story is written as journal entries, mostly by Mike but some by Tracy. The tale follows the family as they face the conflicts and risk their lives. There are otherworldly elements that add weirdness to the horror. There is a rather crude sense of humor with cliched phrases. This underlies plenty of death and foul language. I wasn’t gripped by the characters and found this to be a standard zombie conflict. I’m not planning on picking up the next books (unless I need a “Z” title). I recommend it to readers who like zombie stories.

Audio Notes: Sean Runnette does a fine job with the narration. It is all a bit slow at the beginning but soon enough he is portraying the characters through their distinct personalities and leaning into the humor. I preferred listening to this rather than reading.