This is fun 'gaming' adventure - rooting for the underdogs! 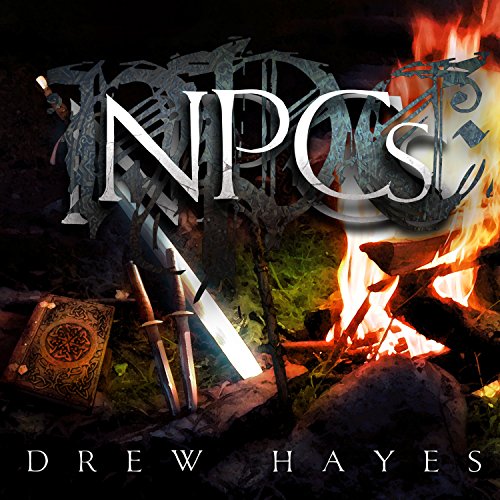 Publisher's Summary
What happens when the haggling is done and the shops are closed? When the quest has been given, the steeds saddled, and the adventurers are off to their next encounter? They keep the world running, the food cooked, and the horses shoed, yet what adventurer has ever spared a thought or concern for the Non-Player Characters? In the town of Maplebark, four such NPCs settle in for a night of actively ignoring the adventurers drinking in the tavern when things go quickly and fatally awry. Once the dust settles, these four find themselves faced with an impossible choice: pretend to be adventurers undertaking a task of near-certain death or see their town and loved ones destroyed. Armed only with salvaged equipment, second-hand knowledge, and a secret that could get them killed, it will take all manner of miracles if they hope to pull off their charade. And even if they succeed, the deadliest part of their journey may well be what awaits them at its end.
©2014 Andrew Hayes (P)2014 Tantor


Review:
This story starts with four rough Role Playing Game characters (RPGs) making errors and dying in a tavern. The death is observed by four Non Player Characters: the half-ogre tavern owner/bartender named Grumph, a roughish gnome named Thistle, a rather clumsy local guard, Eric, and the mayor’s tomboyish daughter, Gabrielle. The NPCs find a summons from the King requiring four unnamed ‘heroes’ to travel to Solium to receive a quest.

The summons calls for a paladin (guard), a barbarian, a wizard and a rogue. If the group doesn’t arrive, it could anger the King and result in the destruction of their entire town. Rather than allow that, the four NPCs decide to take the summons and seek the quest, hoping for rewards…and adventure. The intrepid four assign themselves the roles they think fit and head off.

Shortly after beginning their journey the new heroes are captured by Goblins. By a strange magical event the heroes escape, discovering their true roles in the process. They each will grow into their roles as they pursue the quest with bravery, strength, magic and cleverness.

I haven’t played an RPG in years since they take time (that I prefer to use reading). The story concept was interesting, and the execution was fun and engaging. I listened late into the night and was rooting for the underdog NPC heroes all the way! I will be getting book two to continue with the adventure. I recommend this to readers who enjoy action adventure served up with humor.

Audio Notes: Roger Wayne does a wonderful job with the narration. He provides clear narration with distinct voices for the characters. The audio enhanced my enjoyment of the story.


Source: 2017 Audible Credit Purchase. This is part of 2018TBR, Audiobook and Alphabet Challenges.
Posted by Martha Eskuchen at 9:02 PM