UGH - This one was not for me.
Island
By: Aldous Huxley
Narrated by: Simon Vance 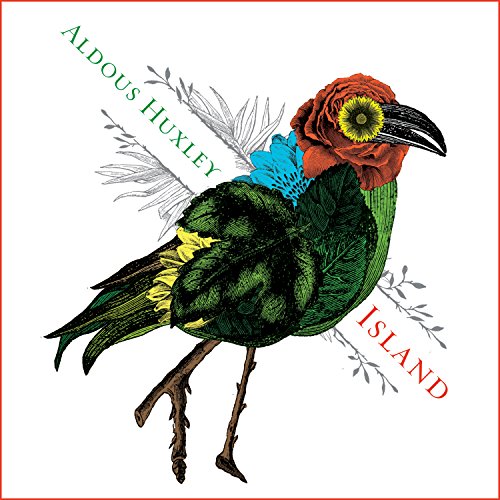 Publisher's Summary
In his final novel - which he considered his most important - Aldous Huxley transports us to the remote Pacific island of Pala, where an ideal society has flourished for 120 years.
Inevitably, this island of bliss attracts the envy and enmity of the surrounding world. A conspiracy is underway to take over Pala, and events are set in motion when an agent of the conspirators, a newspaperman named Faranby, is shipwrecked there. What Faranby doesn't expect is how his time with the people of Pala will revolutionize all his values and - to his amazement - give him hope.
©1962 Aldous Huxley (P)2016 Tantor


Review:
Will Faranby is a journalist who awakens on the shores of Pala, a remote Pacific island. He is found and cared for by native people. As he recovers he learns of the peaceful nature of the people from a young widow and the doctor who treats him.

Faranby also meets the 17-year-old prince and his worldly, controlling mother. The prince will be crowned ruler when he reaches 18. Faranby recognizes the boy who he met recently with a military official on a nearby island. It seems the boy and his mother are making plans with the dictatorial Colonel to bring social and economic modernism to Pala. Faranby spends a short time with the prince who explains his goals and reasonings.

Faranby then gets an explanation regarding the benefits of “yoga love” and Moksha meditation from the widow and the doctor takes Faranby on a tour of Pala. He is shown the schools, which include dance that helps stamp out anger, and art that helps to open creativity. He is also shown the research facilities which involve artificial insemination for genealogical selection.

These elements could have been interesting except they are presented by monologue lectures which advance a platform of Buddhist training, practices, beliefs and precepts often compared to Faranby’s wicked nature and inadequate Calvin principles. Huxley also presents a few brief ‘discussions’ of politics (communism versus capitalism) and there was a morality lecture including adaptations of Aesop’s Fables and principles of ecology and conservation. 80% of the book is lecture although some brief periods of dialogue included Faranby’s irreverent, ironic, quotes of scripture and even some recited poetry.

I found three items I liked: the beginning “attention” and “here and now boys” screeches of the mynah; the description of a landscape painting in the meditation room; and the description of “chewing grace” where, with first bite, they focus attention to the food, tastes and textures. The last hour consisted of a description of a drug induced experience – first with joy and beauty then with fear and ugliness.

I struggled through the first half hoping to get to some plot. Then, having committed six hours already, I forced myself to finish. If I wanted a lecture on Buddhism I could take a class. That is not what I want in a fiction book. The overall experience: UGH!

Audio Notes: Thank goodness for Simon Vance! I always like his voice so it was really the saving grace of pushing through this listen. He gives the characters suitable accents and manages not to drift off during the lectures.