It is a quick listen with young protagonists in a messed-up, infected world.
Black Virus: Black Rust, Book 1
By: Bobby Adair
Narrated by: Tristan Morris 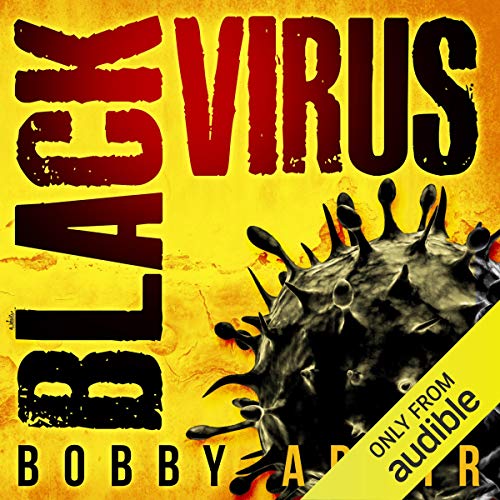 Publisher's Summary
Virus. Chaos. Survival. Alienated in a world where he doesn't fit in, Christian Black survives because he's different. Then the virus came, and made the world turn different, too. Now people are dying by the million. Food supplies are short. Riots are blazing through the streets, and Christian's only goal is to keep his family alive. But safety lies far from the city, and just getting out will be tougher than anyone knows.
©2016 Bobby L. Adair (P)2016 Audible, Inc.

Review:
Christian Black has been dubbed “different” by his parents, teachers, counselors, and doctors. He is always pushing the edge of acceptable behavior and has little emotional response to punishment. Yet, he is deeply loyal to his family, his ill parents and his older brother. They have already lost his younger twin brothers, his father is almost in a vegetative state, and his mother is becoming more confused every day. The virus that has struck the community kills some outright, but leaves others in various stages of ‘degeneration’, slowly losing cognitive and physical abilities. Alone the infected degenerates may be docile, but together they become loud and violent with social controls abandoned.

Rations have diminished and Christian sets out to the city to get supplies that are needed for his family. He stumbles upon a group of attackers and steps in to help save some apparent survivors. When the dust settles, Christian has to struggle to escape with a father and his teen daughter, Abby. Things aren’t good when they get back to Christian’s home. How are they to move forward in this wicked, sick world?

In this short story, the author provides reasonably developed characters and a twist on a virus that doesn’t quite result in zombies. I liked Christian even though he is presented as a dark youth. There is violence and suspense as the young protagonists try to move away from the danger and move forward. It is sufficiently entertaining if not gripping. It may be a while before I use a credit on book 2. I recommend this to fans of the zombie or virus post-apocalyptic genres.

Audio Notes: Tristan Morris does a good job with distinct voices for both the male and female characters. I am glad I had this as a free audiobook.


Source: August 2020 free Audible Plus Catalog. This qualifies for 2021TBR, 2021Audiobook goal. This was my first listen for #FraterfestRat.
Posted by Martha Eskuchen at 9:58 PM