Happy Friday!
This has been a week of catch-up for me. Monday we were home to stay out of the rain and wind as Irma passed by. We were glad it stayed to the east so we only got the west fringe of the cone. Winds of about 30mph; no damage other than lots of yard debris. Our S-I-L and the grands came over Tuesday (school was still closed) and picked up five large piles of sticks from just the front yard - so sweet of them! I hope all blogger friends and family stayed safe with little damage.

Thank you to all who entered the September 8 Pick. There was no automatic win this week. Automatic wins are those who requested the book four times without other people asking for that book during those weeks. There were two titles blocked; one was won.


CONGRATULATIONS
to Random.org picked Winners from September 8 Pick:
DI gets To Conquer a Highlander through the block.
RITA gets The Cowboy. 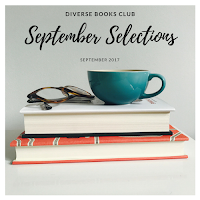 What are your September Selections?
Image found at Top Shelf Text.

I am happy to say that so far about 1,098+ books have found new homes! YAY. I have to update my print out to check the exact number sent out - a few were never claimed. I periodically update the lists - deleting those won. You can still go to the Friday Pick list link to see older posts and the older lists book pictures if you want!