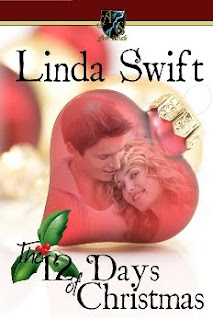 Leigh and Russell have not seen each other in years when they come to Kentucky to spend the holidays with Leigh's Grandmother Amelia.  Russell's own grandmother lived next door until her death and they had been in love before Russell left for college.  Leigh waited for his return but to her disappointment, he never came back.

When they meet again, the attraction between them is stronger than before but many complications exist.  Leigh's husband and young son were killed in a car accident in upstate New York.  She blames herself for her son's death and vows never to be a mother again.  She left her elementary teaching job and moved to Florida where she now sells real estate.  Russell is a successful building contractor in Arizona, a divorced father of two, whose wife just remarried and will be moving overseas.  She has offered custody of their girls, four and eleven, to him and he must decide now.

When Russell asks Leigh to marry him, she thinks he needs a mother for his children and doesn't want the job. Will he be willing to say no to custody in order to get Leigh to say yes? Can she become Russell's wife if it means depriving him of his beloved daughters?

TO ENTER THE GIVEAWAY:

1. Leave a comment telling me if you go home for Christmas and what you look forward to most!

Please include your email address, so I can contact you if you win.

4.  For another entry visit Linda's site and sign her guestbook or friend her at her MySpace or Facebook and tell me in a comment if you did!

5. You may make all entries in a single comment or separate comments. Since I haven't numbered the comments yet I have to put names/entries on a list for numbering anyway, so posting separately doesn't make a difference unless you post at different times so your numbers are not consecutive!

That is four total entries possible.

This contest is open to anyone who can read an eBook!

This contest will close Midnight (Central) on December 20, 2009. The winner will be randomly selected from all entries.

Posted by Martha Eskuchen at 7:05 AM