This is dark history with class injustices and a strong romance.


In Darkest Days May Blossom
by Leila Snow 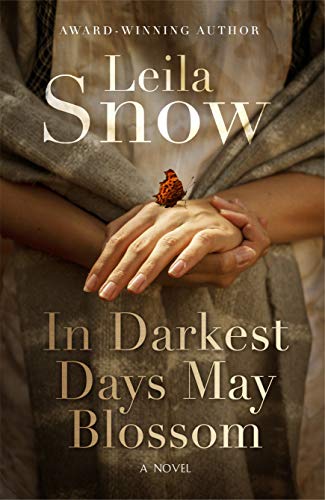 ♥ A GRITTY TALE OF ADVERSITY AND THE SHEER POWER OF LOVE ♥
Bruised but not broken, she stood in the mud of the street, wearing nothing but a tattered shift the day Jonathan first saw her. He had watched in mesmerized fascination as the girl swiped a filthy arm across her split lip, squared her shoulders, and raised her chin in defiance of her assailants. But when, by random happenstance she turned her head and her piercing, blue eyes met his regard, Jonathan knew his entire world had tipped on end.
Charlotte had known nothing but adversity and hardship the entirety of her life. Orphaned at a young age and condemned to fend for herself, she learned to trust no one and rely solely upon her own strength. Yet, when she’s cut down in the street for a crime she didn’t commit and Jonathan comes to her rescue, Charlotte is begrudgingly compelled to the realization that perhaps hope and love do exist in this miserable world.
England, at the end of the 18th century, is a land exemplified by firm divisions between the social classes. What is a life of ease and prosperity for some, is an arduous existence for others. Nevertheless, ’tis true that love can bloom in the unlikeliest of places. But when a grievously injured Charlotte is falsely accused of a crime and sent to one of the most infamous prisons in the land, the tender bud of Jonathan and Charlotte’s love is threatened. Jonathan is forced to defy family in a desperate bid to save her from the hangman, whilst conspiracies and betrayal are afoot in a cruel effort to keep them apart.
“Better far thou art, a piece
Of God’s own heaven-born beauty,
Smiling in this wintry time.
Doubtless ’tis thy duty,
Us to teach that love and grace
In darkest days may blossom,
And that a tender bloom of hope
May shine in sorrow’s bosom.”
-J.J. Britton


Review:
Charlotte is a young girl who has struggled among the poor in a small English town in 1796. She was orphaned early and sold off to a family who houses her while she works and turns over her work and income. The mistress of the house has died, and the master now feels he can get more ‘duties’ from Charlotte. When she resists, he accuses her of theft. The local constable gives chase and is prepared to physically (and sexually) abuse the girl.

Jonathan is the youngest son of the wealthiest man in the community. Although they are not titled, their excessive wealth allows them to rub shoulders with the nobles. He has observed the division of the classes in London and the usual disregard and disdain for the lower classes by the uppers. He has no business interfering in a local street arrest, but his gaze is captured by the desperate spirit in the eyes of the ragged girl.

Jonathan steps in and requires the constable to help him get the girl to a holding room and to send for the doctor. In only a few days Jonathan and Charlotte develop a bond that results in trouble at home. Jonathan is fortunate to have income of his own since he doesn’t have a lot of respect for his father and is willing to rebel against his father’s demand to stay away from the girl.

Jonathan has no idea how far his father will go to control the situation. Jonathan goes to London to secure a solicitor to help Charlotte. While he is gone his father steps in to assure that that Charlotte will be eliminated. Jonathan’s mother and brothers are sympathetic but don’t agree on how to help resolve the situation.

There is quick depth of attraction and love between Charlotte and Jonathan even though the class differences raise large obstacles. Their level of physical contact was a little surprising although fairly understandable. Charlotte makes a friend in goal (jail) who first helps her. Later the frail girl accuses Charlotte of abandoning her and blames Charlotte for her own problems. I really had difficulty with this girl’s immaturity and the co-dependent relationship she abuses.

The story is well written and moves along well. The historical details, especially the level of poverty and injustice, is hard to read. Even housekeepers look down on lower servants and won’t give them a chance if they have no references.

There are several scenes of suspense: can Charlotte escape hanging? Can Jonathan turn his life around when he falls into depression thinking that Charlotte is lost to him? This isn’t an easy, happy read, but it is interesting. I recommend it to fans of historical romance.


Source: 2019 NetGalley. This qualifies for 2019NetGalley and ‘month title’ goals.
Posted by Martha Eskuchen at 12:30 PM