This is a suspenseful story of assassins. 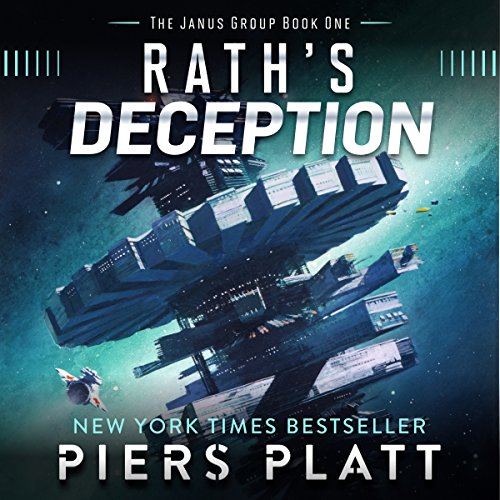 Publisher's Summary
On the cut-throat streets of Tarkis, orphaned teens like Rath end up jailed...or dead. So when the shadowy Janus Group offers Rath a chance to earn riches beyond his wildest dreams, he seizes it. But the Janus Group is as ruthless as the elite assassins it controls. Rath will have to survive their grueling, off-world training, and fulfill all 50 kills in his contract before a single cent comes his way. And ending so many lives comes with a price Rath can't anticipate. It'll certainly cost him what's left of his innocence. It may well cost him his life.
©2015 Piers Platt (P)2015 Piers Platt


Review:
He had a sad childhood, losing his mother to drugs and his beloved older brother to a gang killing. His brother had always encouraged his excellent memory (photographic). Rath is looking at gang life himself when the secret Janus Group offers him a dangerous dream. If he commits to become their trained assassin, he will receive millions of dollars once he completes all 50 kills.

Rath is put through a merciless test to get the job. He is then modified with implants, provided with a portable replication machine and trained to begin his career as an assassin. The monitors watching him see his inexperience and errors. They are sure he won’t make it past 10 kills. But Rath has an unconventional and unexpected success in his assignments.

As time goes on Rath is even pulled in to capture or kill a former assassin who succeeded in the job but has had to dodge the Group who doesn’t plan to honor their pay out commitments. Rath occasionally struggles with the ethical issues of his job. Although most of the targets are wicked, evil people there are also contracted killings purchased by the extremely wealthy. As his job completions increase and the assignments become more dangerous, Rath has reason to suspect he may not be able to trust the Group.

Meanwhile there is a detective who continues to try to uncover the secret Janis Group. He was disgraced after early claims of the existence of such a shadowy group, but he is truly a good detective. A reporter investigating the assassin’s guild reaches out to the detective. When the reporter and his family are killed the detective becomes more convinced that the Group has some highly placed leadership that even controls some enforcement officers.

I liked the danger and twists in this space sci fi thriller, even though I didn’t like the swearing. Rath is not the easiest character to like. He is young, impulsive and sloppy. I had mixed feelings about the  I enjoyed the dogged efforts of the detective and I was engaged to see what would happen with Rath and with the admired, precise assassin who escaped after she completed her 50 kills.

The story moved along at a good pace. There are a few chapters that showcase other assassins whose lives are expected to cross with Rath. I would recommend this to readers who enjoy assassin stories. Just be prepared for some language and gritty killing.

Audio Notes: James Fouhey does a good job with the narration. He provides good voices and appropriate energy. I am glad that I listened to the book on audio.