This is strange sci fi. 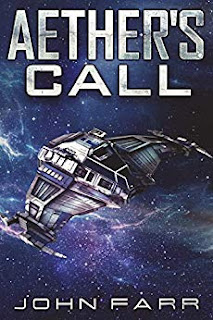 Roy's just a conscripted cook on the Starr, the compound's first spaceship in decades. With Earth in ruins, the Starr speeds through the galaxies, hunting down those responsible for its destruction.
Meanwhile, Roy's stuck in the kitchen, missing all the action. It isn't until a beautiful woman involves him in her secret plan that things start to get interesting. She says it's the only way to save humanity. The only problem? It means committing outright treason.
Back on Earth, Roy's ex-wife Cynthia holds clandestine meetings with a renegade theorist. Amid the ashes of Philadelphia, they gather the equipment they'll need to remotely capture the Starr. And Cynthia knows what she's doing. She was on the Starr's development team.
Uma is the only science officer onboard the Starr. She feeds the captain the coordinates of enemy ships, and he trusts her completely. But maybe he shouldn't. After all, Uma works for the resistance. Or does she? Lately, she'd had the feeling that someone's been playing with her mind.


Review:
Society on earth is in ruin and dying. One space ship, the Starr, has been sent out to find enemies in the galaxy. Roy isn’t a smart or skilled man. His powerful ex-wife helped to get him conscripted to the Starr as a cook. Conditions on the Starr are dysfunctional at best, and the kitchen is a mess – literally. The kitchen staff have to retrieve food from a freezer whose tight, unrelenting cold tunnels can drive men insane. The only glimmer of hope that Roy has is his dreams of befriending Uma, the beautiful science officer, even though he knows she has no reason to be interested in him.

Meanwhile, back in ruined Philadelphia, Roy’s ex-wife, Cynthia, is part of the government privileged few who are entitled to use body guard chauffeurs to help dodge the dangers of the outside streets. Cynthia has secretly been working with a scientist and renegade theorist. The scientist is has helped developed a sick world and he has convinced Cynthia to sacrifice her own daughter as part of a strange plot to reach out to the Starr’s mysterious Aether engine and the galaxy beyond.

Roy’s kitchen mate is the ship's EMT who he is losing his mind over the freezer. When threats of suicide arise, the Captain drafts Roy to serve as alternate EMT. On more than one occasion the Captain becomes enraged at Roy and tries to eliminate him, but. to the Captain’s disgust, something always saves Roy.

Uma is acting in secret to prepare the ship for the power event from earth. On one of her trips into the bowels of the ship she discovers a strange creature on board. Another trip she comes across Roy with a surprise that she decides to share.

The Captain prepares to attack an enemy ship, dragging Roy along to serve as the EMT to triage the warriors as they fall. It is all very confusing and distressing to Roy (and the reader). At a point of crisis, Uma makes Roy promise to complete her mission.

I found this story to be disjointed and difficult to figure out. Sometimes sci fi is about the ride so I kept reading to understand where it was going. When it arrives at the ending, I was left with the reaction: "what in the world was the purpose?" The author uses some demeaning descriptions and none of the characters are particularly likeable, although Roy evokes some sympathy. There were several scenes that made sense and were engaging by themselves but there was a lack of cohesion, clarity and purpose in the whole.

I think the disjointed pieces could be made interesting if reworked, but for now both the journey and the ending are obscure and left me unsatisfied. I appreciate the ebook from the author for review, but I can’t say that I liked it. I can only recommend this to readers who would be interested in a bizarre tale of dystopia and space exploration.