This is an interesting alternate history, fantasy prequel that sets up the series.

Light’s Dawn: A Novella (Light in the Darkness)
by Yvette Bostic 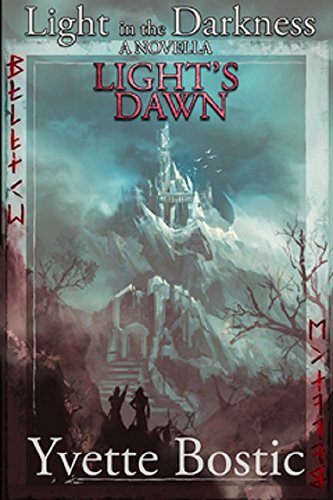 Mikel, a young merchant with the East India Trading Company, always considered fortune to be his mistress...until the Amboyan Massacre. The Dutch spare his life, but he’s forced into the deep jungles of South America to act as bait for a hidden menace picking off their scouts one by one. It works all too well: a demonic horde, drawn into the open, annihilates the entire Dutch battalion, leaving Mikel running for his life.
As he flees from the grisly battlefield, he falls in with the only other survivor of the demon attack, a Portuguese army scout named Raphael. Together, they scramble to escape the dangers of an impenetrable jungle, the pursuing demons, and their masters, a shadowy group of cultists intent on destroying the world.
Exhausted and disoriented, Mikel and Raphael are drawn to a mysterious stranger. But his gifts come with a choice: accept their destiny to fight against the darkness or allow it to consume humanity.
Light's Dawn is a stand-alone prequel to the Light in the Darkness historical fantasy series.


Review:
Mikel and a friend Harry are caught up in a massacre by the Dutch against the East India Trading Company and others on Ambon Island. Mikel and Harry are sent away as prisoners by ship then forced into military service in the jungles of South America. As a scout Mikel watches in total fear as demonic beasts wipe out the Dutch battalion.

Meanwhile, Raphael, an expert scout for the Portuguese army who were about to face off with the Dutch, witnesses the destruction of his army unit by the demons. Raphael and Mikel end up escaping together. The pair are reluctant to work together but a mysterious vision tells them that they must work together to survive and fight on a humanitarian mission.

The pair stumble into a village and a group of warriors fighting the demons. The Amazon leader of the warriors is drawn together on the ‘Godly’ mission and they all have to decide if they are willing to take the challenge to fight against an ancient evil cult.

There is plenty of action and interesting divine involvement in this historical fantasy. The story is presented in chapter scenes focused on the different characters. This was a little confusing at first but was an interesting technique once I understood what was happening. The characters are well developed, complete with strengths and weaknesses. I liked how the story climaxed, setting up the next books in the series. I recommend this to fantasy readers who enjoy good versus evil battles.


Source: NetGalley 2018. This qualifies for NetGalley Challenge.
Posted by Martha Eskuchen at 7:15 PM