I enjoyed this fantasy enough to quickly pick up book two. 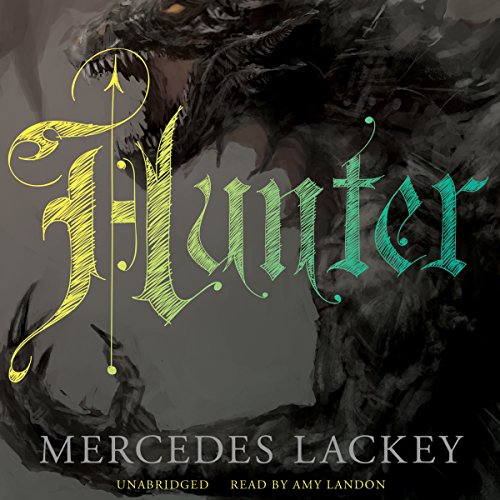 Publisher's Summary
They came after the Diseray. Some were terrors ripped from our collective imaginations, remnants of every mythology across the world. And some were like nothing anyone had ever dreamed up, even in their worst nightmares.
Monsters.
Long ago, the barriers between our world and the Otherworld were ripped open, and it's taken centuries to bring back civilization in the wake. Now, the luckiest Cits live in enclosed communities, behind walls that keep them safe from the hideous monsters fighting to break through. Others are not so lucky.
To Joyeaux Charmand, who has been a Hunter in her tight-knit mountain community since she was a child, every Cit without magic deserves her protection from dangerous Othersiders. Then she is called to Apex City, where the best Hunters are kept to protect the most important people.
Joy soon realizes that the city's powerful leaders care more about luring Cits into a false sense of security than protecting them. More and more monsters are getting through the barriers, and the close calls are becoming too frequent to ignore. Yet the Cits have no sense of how much danger they're in - to them, Joy and her corps of fellow Hunters are just action stars they watch on TV.
When an act of sabotage against Joy takes an unbearable toll, Joy uncovers a terrifying conspiracy. There is something much worse than the usual monsters infiltrating Apex. And it may be too late to stop them.
©2015 Mercedes Lackey (P)2015 Blackstone Audio, Inc.


Review:
Joy is a sixteen-year-old living in a world where a thin barrier separates the monsters of the Otherworld from civilization. Many people, Cits, live in sheltered communities. Joy was raised in a distant mountain village and trained by very wise elders, the Masters of the Monastery. In the primary city of Apex, Hunters are not trained so young and their training is limited to ‘academy’ training. Joy has had years of real-life experience before she is sent to join the Hunters. She has to hide that background but it helps her on her train journey which is supposed to be protected.

Joy happens to be the niece of a leader in Apex. There are those who think she is being favored and won’t make it in the Hunters. Before Joy even arrives at Apex she faces danger and she and her Otherworldly hounds help save the train, troops and occupants aboard. She has no idea that her survival instincts and skills have now put her in the camera rankings for Hunters. Some of the other Hunters feel threatened and are inclined to make life difficult for Joy and any who befriend her. While Joy is discovering that more monsters are sneaking into the city, she also learns that there is danger within as she becomes a target.

The story is told from first person perspective through Joy’s character. She is well skilled but humble and willing to learn and willing to share her knowledge. She is not interested in the TV popularity rankings but is truly concerned about protecting her fellow hunters and the unsuspecting Cits. The friends she makes are well developed characters too and add to the action and adventure. And the hounds are a special, engaging element.

This is more than just a coming of age, country girl comes to the city, story. Although the writing isn't brilliant, I found the story entertaining. I am engaged in the story and look forward to book two. I recommend this to fantasy lovers of all ages.

Audio Notes: Amy Landon does a good job with the narration. She captures the youthful nature of Joy’s character. Although she could have added a bit more emotion, I became used to her style. I was engaged and kept listening when I could get time.