Audio Book Review: If I Run by Terri Blackstock

This is an engaging suspense; strong beginning to the series.
If I Run
by Terri Blackstock
Narrator: Nan Gurley 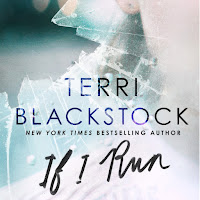 Casey knows the truth.
But it won’t set her free.
Casey Cox’s DNA is all over the crime scene. There’s no use talking to police; they have failed her abysmally before. She has to flee before she’s arrested . . . or worse. The truth doesn’t matter anymore.
But what is the truth? That’s the question haunting Dylan Roberts, the war-weary veteran hired to find Casey. PTSD has marked him damaged goods, but bringing Casey back can redeem him. Though the crime scene seems to tell the whole story, details of the murder aren’t adding up. Casey Cox doesn’t fit the profile of a killer. But are Dylan’s skewed perceptions keeping him from being objective? If she isn’t guilty, why did she run?
Unraveling her past and the evidence that condemns her will take more time than he has, but as Dylan’s damaged soul intersects with hers, he is faced with two choices. The girl who occupies his every thought is a psychopathic killer . . . or a selfless hero. And the truth could be the most deadly weapon yet.


Review:
Casey Cox found her officer father dead when she was 12 years old. The police ruled it a suicide, but Casey knew the evidence supported murder. Someone was covering up the facts.

Thirteen years later Casey’s good friend, Brent, a journalist, was digging into her father’s death. He called her to say he had news, When Casey arrives at his apartment she walks in to find his bloody body. Casey stumbles in the blood and leaves her footprints and handprints at the scene. She knows she will be the number one suspect, so she goes on the run.

Dylan Roberts, Brent’s childhood friend, is a stressed veteran suffering from PTSD. He was an investigator in the service and is hired by Brent’s parents to hunt down the murderer and bring her back. As Dylan views the crime scene he quickly sees evidence that indicates that Casey may not be the murderer. He heads out to follow the clues of Casey’s flight run.

Casey is good at disguising herself and staying off the grid. Still she leaves a few clues. Casey has a caring heart and can’t stop herself from becoming involved in the sorrows of others. She chooses to investigate the kidnapping of a missing teen even though it puts her undercover situation at risk.

I enjoyed the suspense and Casey’s cleverness in staying hidden. Both Casey and Dylan are flawed and well-developed characters. The story has steady pacing with strong details and interesting plot lines. I liked how the chapters cover different events alternating between Casey and Dylan. Although there is no real romance in this first book, you can see the anticipated direction. This is a series and the reader should expect to get books two and three.

I have read Ms. Blackstock before and appreciate her writing style. I recommend this to readers who enjoy clean suspense. Even my husband, who is not much of a book reader enjoyed the story though and was ready for book two as we finished book one.

Audio Notes: The narration by Nan Gurley is disappointing. There is no effort to distinguish the female and male voices which sometimes caused confusion, especially for my husband who doesn’t have the same practice at following along as I do. The narration did help me share this with my husband as we listened together. Listen to the sample to decide if you want to listen or read this one.


Source: ChristianAudio Sale 2017. This qualifies for my 2018TBR, Take Control TBR and Audio and Alphabet Challenges.
Posted by Martha Eskuchen at 9:59 PM