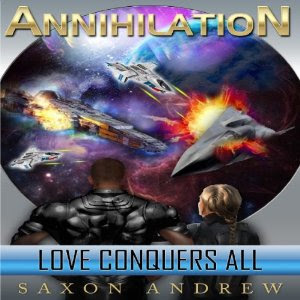 
Review:
Tag lives in Central City on planet Earth which is a planet that does not have member status but is under the control of The Alliance of Worlds. Tag’s parents realized that he had special skills and warned him not to use them in school or public where others might see him. The human society determines each persons job and right to marry so it is important to work within the system. Tag’s skills are exposed when he first tries to help a friend at school and then must escape a gang attack on the way home. Tag fears he will be punished so he goes into hiding. Three years later Tag’s hideaway is discovered and he must run again. This time he steals a private space ship in hopes of finding refuge far away.

Unfortunately a massive hunt brings Tag down on the moon where he stumbles into forbidden ancient alien technology. The Alliance of Worlds has ruled that any people who discover the forbidden technology must be annihilated to prevent them from possible use or testing or advancement from the technology. Although they can’t be certain that the warning signal came from Earth they have decided they will still destroy the planet as an example.

A near-by Alliance member, the Cainth Empire, are thrilled to be called on to take on the task of supposedly preparing Earth for detainment while they really stall for enough warships to attack the planet. A Cainth general has a personal vendetta against Earth and is looking for any opportunity to attack.

The Cainth swoop in on an Earth Colony and the results of occupation are not pretty. The Cainth believe they can easily overcome the Earth’s puny ships. But Earth has more resources, including Tag’s special powers and a surprisingly powerful ‘friend’, than anyone knows. And the humans are not going to stand by quietly while their world is attacked.

I have to admit I changed my opinion on this story several times. The beginning held some interest as I was curious to see what would happen to Tag. Then I decided the story had shifted into ‘superhero/villain’ comic book mode and I wasn’t sure if I liked that. Yet as I continued to listen I was drawn in by the action and the likeable characters. The romance is sweet but not really a big element. Yes – there is some elementary comic book level writing and plot line but, Hey, it makes for fun entertainment.

I am on the fence as to whether I will pick up the second book in the series. There are just so many books to try. I do recommend this for readers who enjoy superhero, good v evil stories.

Audio Notes: Liam Owen conveys a light voice tone which fits with the younger characters. His voice of the opposing alien characters is rough and a 'comical' villain style, all of which fits the story. The narration makes this more entertaining.


I pulled this from my Audible Library from August 2014. It qualifies for my Audio Challenge.
Posted by Martha Eskuchen at 5:30 AM