A lot of this is scary... but very captivating. 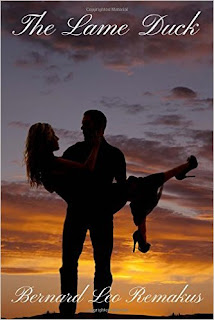 Some believe Dr. Bob Cassidy is America's worst doctor. The young physician is already defending his third malpractice suit, being investigated by the feds, and about to lose his hospital privileges. Many believe Angela Fratello is America’s top malpractice lawyer. Known as the "Angel of Death" in legal circles, she knows how to win in the courtroom - and win big. When Angela starts experiencing severe foot pain while skiing, she drives to the closest medical facility - the backwoods office of Dr. Bob Cassidy. Angela becomes Cassidy's patient, and their chance meeting sets the stage for the perfect crime - and a love story for the ages.


Review:
Dr. Bob Cassidy is a caring, country doctor. He hasn’t deserved the troubles of malpractice suits brought against him but, in the nature of court proceedings, sometimes the insurance companies settle just to avoid the cost of going to trial.

Dr. Bob didn’t get to complete his residency because he returned home to care for his parents. He was accepted by the local community hospital because his father was one of the founding doctors. Bob has taken over the family practice which is run out of their rustic but impressive home which sits in a beautiful, prime spot in the hills of Pennsylvania, above the local community.

Bob is frustrated by the hospital system he has to work within. The local hospital is controlled by a corrupt and greedy chief doctor and his cronies who care more about their golf games and money than the care of the patients. The greedy managers have brought on board a scary group of inept physicians with a goal of making money rather than helping the sick.

Bob is required to take his turn handling the emergency room and he watches over his own patients when they have to be admitted. But Bob recognizes the uncaring, ineptitude of the other doctors and the outdated and inadequate equipment at the hospital. He wishes he could go elsewhere but he can’t leave home nor find other work without his full residency time.

One evening a beautiful woman appears at Bob’s doors seeking treatment for a painful toe. He encourages her to see a doctor in Scranton, where she lives. She refuses to go to her own town or to the local hospital. She finally tells him why she can’t go there in order to convince him to test her and treat her. Angela is a top malpractice lawyer, known as the "Angel of Death" in legal circles due to her persistent and successful skills winning malpractice cases against doctors and hospitals.

As the daily, painful treatments proceed, Bob and Angela reveal their emotional struggles, pains and dreams while they fall in love. Everything is going well until an incident causes Angela to re-injure her toe. The injury is severe and she is rushed to the hospital where one disaster after another nearly results in her death. Now the queen of malpractice has her eyes set on the hospital and every doctor there, including Bob.

This story is eerie, frustrating, frighteningly and disgustingly real – full of greed and corruption both private and in the Medicare bureaucracy. Sadly, I suspect that this fiction could be all too real. I really enjoyed the characters of Bob and Angela. The story is well written although there were some tense errors that needed editing. That was only a minor distraction as I liked the plot and the twists that made for engaging reading. I recommend this to readers who like a mystery and who can stomach reading about corruption in the medical system.

I received this from the author for an honest review.
Posted by Martha Eskuchen at 5:30 AM