Audible Book Review: The Remnant (Left Behind #10) by Tim LaHaye and Jerry B Jenkins

I was surprised how I jumped right into the story. 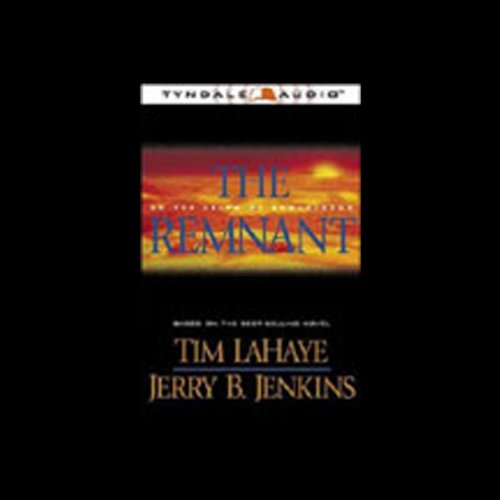 The Great Tribulation unfolds as the forces of evil and the armies of God prepare for mankind's ultimate battle. Millions of Christians are protected by God as the anger of the Antichrist, Nicolae Carpathia, burns against them.


Review:
The Remnant is the 10th book in the Left Behind series. The series begins with a handful of characters who are left behind when their loved ones disappear with many other Christians. That is when the star characters realize that the Godly messages they were told, but didn’t believe, were true. Many of them gather together establish the Tribulation Force to fight the coming lawlessness and rise of the antichrist.

The Remnant picks up right where the last book, Desecration, left off. The personable and powerful Antichrist, Carpathia, is gleefully about to eliminate the believers at Petra by dropping nuclear bombs on them. The Christian leaders, known as The Believers, are still involved in spreading the message of God’s salvation. They are prepared to die if that is what God has in store for them.

The antichrist team is unaware that there is a Christian spy in the New Babylon headquarters. This one man is able to coordinate aid to the believers who are spread around the world. His inside information may save the lives of many although even he can’t stop a bomb. But someone he knows can -- the supernatural hand of God.

It really has been years since I read the early books in the series. I was pleasantly surprised how quickly the characters and plot were brought back to my mind. I like the action that is a large part of the story. There were scene shifts, for example from Jordan to Chicago, which are only distinguished by the change in characters. I had to get used to recognizing those changes. This would be more difficult to follow for anyone not familiar with the series, but I would recommend this to those who have read the series.

Audio Notes: Jack Sondericker does a fine job with the narration. He provides distinct voices for the characters. This version was abridged and there were occasional moments in the presentation that seemed to jump from one scene to another which I suspect were portions of the longer story bypassed. That did not hurt the story for me. I was fine listening to the abridged audio.