#NetGalley Book Review: The Lady in the Coppergate Tower by Nancy Campbell Allen

This was a good fantasy mystery.
The Lady in the Coppergate Tower
by Nancy Campbell Allen 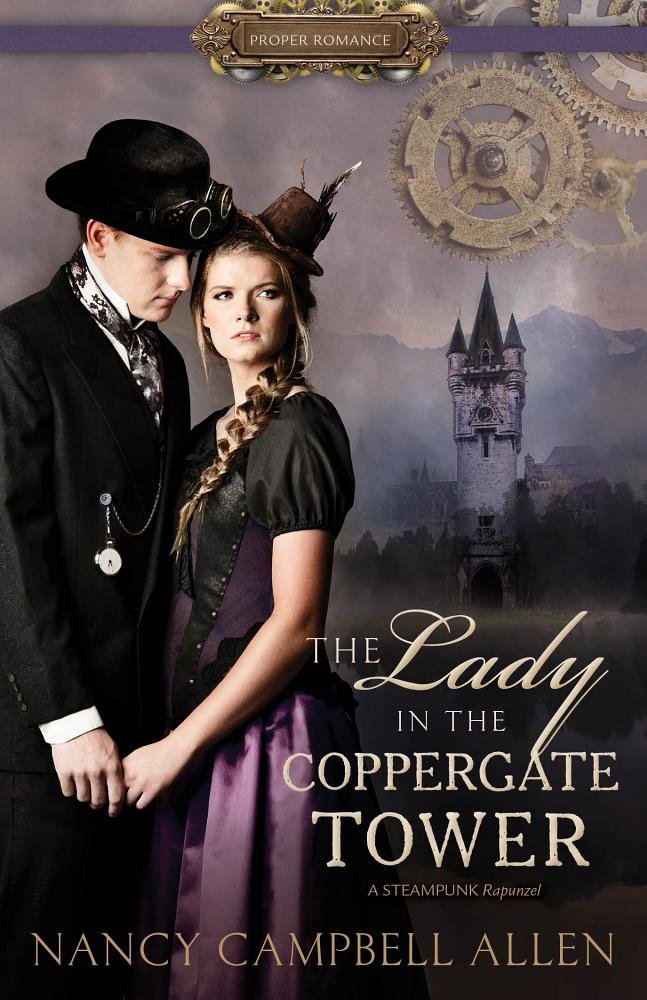 Hazel Hughes has spent her life believing she is a Medium—someone who can talk to ghosts. But as of yet, that skill has remained frustratingly elusive. She is also suffering from a reoccurring childhood dream of someone who looks almost exactly like Hazel, but this dream version of herself is slowly going mad.
Sam MacInnes is a talented surgeon who runs in the highest social circles thanks to his family’s position and history. When Sam hires Hazel to assist him with his medical practice, he is immediately drawn to her intelligence, wit, and beauty.
Their potential relationship is derailed one evening when a mysterious count arrives in London and reveals to Hazel the truth about her past: she was abducted at birth and her twin sister has fallen dangerously ill.
Hazel agrees to travel to Romania with Count Petrescu in order to save her sister, and Sam insists on accompanying her. The count has secrets, though, and the journey grows more sinister with every mile that draws Hazel closer to her homeland. Even as her feelings for Sam become deeper and more complicated, she fears she might not survive the quest to save her sister with her heart intact, not to mention her life. She must learn to draw on gifts she doesn’t know she has if they are going to ever return home again.
Hazel and Sam must fight their way past dark magic, clockwork beasts, and their own insecurities as they try to reach her sister in the impenetrable Coppergate Tower before time runs out.


Review:
Hazel is a gifted healer but also thinks she has skills as a Medium. She constantly dreams of a different version of herself, a young woman with different color hair who is going mad. Hazel has an unrevealed ‘thing’ for her employer, Dr. Sam MacInnes. She does not see them in the same social set so she tries to resist her feelings for him.

Sam is a talented surgeon who is attracted to Hazel, a young woman whose life he saved before she became his employee. Sam runs in the higher social circles but doesn’t let that impress him.

Wealthy and impressive Romanian Count Petrescu arrives in town telling Hazel that she is his niece who was abducted at birth. He claims that she has a twin who is seriously ill and needs her help. As Petrescu convinces Hazel to travel with him to Romania, Sam insists that he accompany her, along with his personal automaton, Eugene. Sam, who doesn’t like closed places, suffers some qualms when they realize they will be traveling by submarine.

Sam and Hazel agree that Petrescu is darkly mysterious and not to be easily trusted. He has a rough bodyguard who becomes a suspect in an attack on Hazel’s maid. The closer they come to their destination the more Hazel connects (even unwillingly) with her sister. She begins to realize her sister is trapped in a tower and her life under abusive manipulation is distressing and driving her mad.

I enjoyed the steampunk aspects of the automatons, the submarine and the wicked tower. It was easy to be drawn to Hazel and Sam who are both warm characters who are very respectful of their growing affections. Petrescu and his right hand man are appropriately villainous while Eugene makes a fun, rather smart alecky robot. The pacing was mostly good with consistent mystery even though the crisis seemed to peak as a rush to the ending. Still and all this is an engaging story and I recommend it to reader’s who enjoy steampunk, mystery and fairy tale elements.


Source: 2019 NetGalley. This qualifies for 2019NetGalley goal.
Posted by Martha Eskuchen at 5:30 AM