Happy Friday! Happy Back to School!

Hmm - I think I didn't change my opening last Friday. Ah Well. I was probably tired Thursday night. Heather and I are away again this Friday for a different, one day conference. Her children started new schools this week and seem to be doing fine. She is going to enjoy a weekend at the beach resort although I will go back home on Saturday.

I pulled together two new boxes of books - some summer titles and some mysteries. Pictures are added but I will have to get the lists up this week.
Just so you know - I hope to get the GCs emailed by the end of this coming week. I will also have books mailed again. We got out a big set of books a couple of weeks ago so I hope everyone got those packages.

Thank you to all who entered the August 10 Pick. There were two automatic wins this week. Automatic wins are those who requested the book four times without other people asking for that book during those weeks. No title was blocked.
AUTO: CAROLL gets Rhapsody in Time
and SUEF gets The Vanishing Act.


CONGRATULATIONS
to Random.org picked Winners from August 10 Pick:
MARY P gets a GC and
ALINA gets a GC 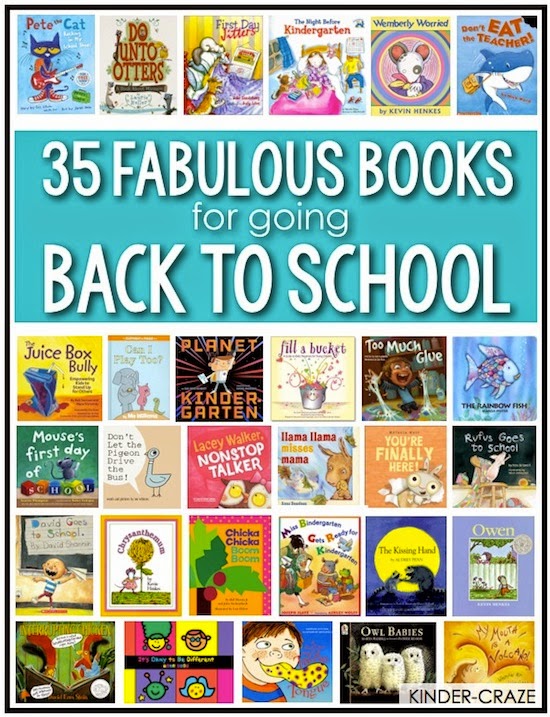 There are some back to school books for the young ones!
Image found at Kinder Craze.

There are three audios at the top:
No One Left to Tell is MP3
Kisscut is Cassettes
Dark Summer is CDs
Pairs: Kay Hooper and Carla Neggers
The rest are singles

Pairs: Fern Michaels and James Patterson
The rest are singles
Note:
The Final Judgment and
The Book of Fate are Audio Cassettes

I am happy to say that so far about 1,179+books have found new homes through this feature! YAY. [A month or so ago I posted I had reached 2000 books given away. As I calculated the numbers 11/2/17 I realized that had to be an error. I realized I went from 1098 to 2001 instead of 1101. Guess I was tired; sorry for the error.] I have to update my print out to check the exact number sent out - a few were never claimed. I periodically update the lists - deleting those won. You can still go to the Friday Pick list link to see older posts and the older lists book pictures if you want!