This was a beautiful Palm Sunday Morning. Our Sunday School teacher returned from Haiti and gave us an update, with pictures and video, of the Band of Brothers’ visit there over the past week. God is doing an awesome work, touching the lives of many children and adults.

The worship team led in beautiful music and Pastor gave a great sermon before we shared in communion. The message was from the “triumphal entry’ passages of Luke 19:28-44. Pastor asked us to imagine ourselves as one of the followers of Jesus as he enter Jerusalem that day. Imagine the smells, sounds, touch and visual setting: the dust, the heat, the breezes, the smells of the animals and the burning sacrifices, the sounds of the lambs bleating, the sight of the palms waving, the clothes along the pathway, the people and the sound of their cheering as they marched in front and behind. Imagine one step beyond the senses, to the emotions. What were the people and the apostles feeling? What was Jesus feeling?

Two disciples were sent ahead to request the colt of a donkey saying, “The Lord needs this.” The owner gave the animal just as he would be expected to if he was told “The king needs this.”
The people with Him were mindful of His miracles, including giving sight to the blind and raising of Lazarus from the dead. They laid their garments before Him and shouted with song and praise. The religious leaders complained about the noisy crowd but Jesus replied saying, ‘even If the people were quiet, the stones would sing out.’

As He looked upon the city of Jerusalem, Jesus wept over the people and their future, because they did not recognize when God visited them. The crowd was shouting “Hosanna” on Sunday but crying “Crucify Him” by the end of the week.

The week, which we know as The Holy Week, was full of meaningful and historic events. Jesus was totally committed to those events and God’s will. The redemption had been foretold in many prophesies. Note Zechariah 3:2-9 which ends: “I will remove the sins of this land in a single day.”

Does your life mirror those cheering? Do you recognize the importance of this week to you and all men? Ask yourself, “How does His resurrection change my life? How does it reorder my life?”

The Point: When we understand God's full commitment to us it leads us to a life committed to Jesus.

Fully commit yourself. Will you be ready when He returns? During communion, examine your commitment. Choose to commit to obey the call to follow Christ and spread the Good News.


I set this song aside to share for Palm Sunday to remind us:
The King is Coming!

Verses for today:
Zechariah 3:1-4 NLT
3 Then the angel showed me Jeshua the high priest standing before the angel of the Lord. The Accuser, Satan, was there at the angel’s right hand, making accusations against Jeshua. 2 And the Lord said to Satan, “I, the Lord, reject your accusations, Satan. Yes, the Lord, who has chosen Jerusalem, rebukes you. This man is like a burning stick that has been snatched from the fire.”
3 Jeshua’s clothing was filthy as he stood there before the angel. 4 So the angel said to the others standing there, “Take off his filthy clothes.” And turning to Jeshua he said, “See, I have taken away your sins, and now I am giving you these fine new clothes.”

Lord, thank you for being committed to bringing salvation to frail men like me. Please guide me each day to be committed to You and to be ready when You return. 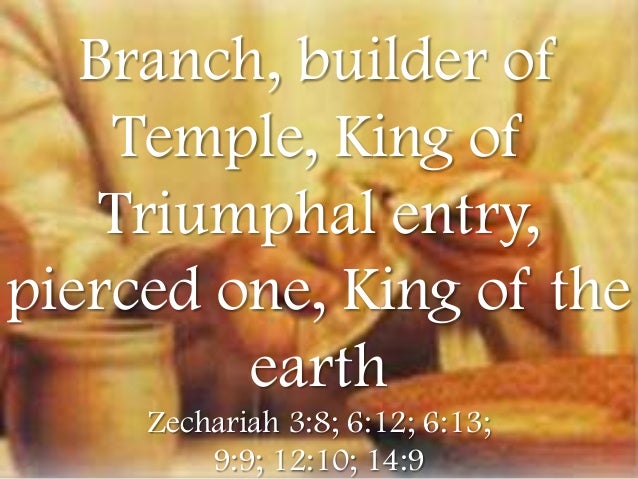 Posted by Martha Eskuchen at 5:03 PM

Email ThisBlogThis!Share to TwitterShare to FacebookShare to Pinterest
Labels: Sunday's Words, The King is Coming, Zechariah 3:1-4