Happy Friday!
Well - I had recovered until late Tuesday when my throat started closing up. I spend all day Wednesday in bed hoping to knock out the bug. I felt better Thursday and had to go cover a court hearing two hours away. As of Thursday night I have only a whisper of a voice. I have a couple of appointments on Friday to finish out some deeds that have to be recorded by the end of the year. Then I hope to come home to bed again.

Santa brought me a new car instead of a new camera so I'm not complaining. I just have to find a camera shop to see if mine can be repaired or just break down and get a new one.

I am wishing Everyone a SAFE AND HAPPY NEW YEAR as we kick off 2017 this weekend!

Thank you to all who entered the December 23 Pick. TWO automatic wins again this week. Automatic wins are those who requested the book four times without other people asking for that book during those weeks. There were no titles blocked.
AUTO: Carol NW gets Beyond Reach
and
Becky gets Soul of the Wildcat


CONGRATULATIONS
to Random.org picked Winners from December 16 Pick:
JANHVI gets a GC
and
Marjorie gets a GC 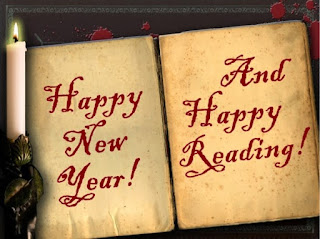 (*Three more very old books from my Gothics box.)
PAIRS:
Into the Night (book 5) and Gone too Far (book 6) by Suzanne Brockmann
The Wedding Night of an English Rogue: A Novel (A Boscastle Affairs Novel Book 3)
The Wicked Games of a Gentleman: A Novel (A Boscastle Affairs Novel Book 4) by Jillian Hunter
SINGLES:
*Bloodstone by Lynn Benedict (1973 - yellowed)
*The Brittany Stones by Lynna Cooper (1974 - yellowed; corner of cover cut)
Her Scoundrel by Geralyn Dawson
In Search of Lucy: A Novel by Lia Fairchild
No Place for a Lady by Katherine Greyle
Wicked by Beth Henderson
To Die For: A Novel (Blair Mallory Book 1) by Linda Howard
The Inheritance by Joan Johnston
A Dark Champion by Kinley MacGregor
*The Man in the Garden by Paule Mason (1969 - yellowed)
Mysterious: The Right Path / This Magic Moment / The Search for Love by Nora Roberts (2008)
The Spitfire by Bertrice Small

(I will post a picture later. *Four of these books are very old; pulled from a box of gothic novels I have had for many years. They may not be wanted by anyone and if so, I will donate elsewhere in time.)
SINGLES:
*Maggie – Her Marriage by Taylor Caldwell (1953 very old, yellowed pages, some stain damage doesn't effect reading)
Fire Dancer by Ann Maxwell
Freedom's Stand by J. M. Windle

I am happy to say that so far about 1,028+ books have found new homes! YAY. I have to update my print out to check the exact number sent out - a few were never claimed. I periodically update the lists - deleting those won. You can still go to the Friday Pick list link to see older posts and the older lists book pictures if you want!