Happy Friday Saturday!
Sorry for the delay of this post. I have been with my DH most of the week except for a few hours at the office to catch up on signing items and meeting a postponed client. I am home tonight so I can attend church Sunday morning before returning to the hospital.
DH is getting better each day although his recovery is slower than hoped. I plan to post a fuller update on Sunday Post ... assuming I can get that posted on Sunday or Monday.
I did get the new list of books posted last week but have not had the opportunity to get a picture. I will do so when I can.

Thank you to all who entered the June 24 Pick. There was one automatic win this week. Automatic wins are those who requested the book four times without other people asking for that book during those weeks. There was one title with a multiple block.
AUTO: Rubynreba gets The Bodyguard and the Snitch


CONGRATULATIONS
to Random.org picked Winners from June 24 Pick:
Becky gets the Linda Howard Pair
Mariska gets a GC 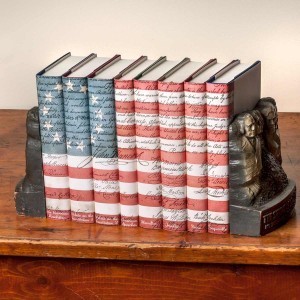 Happy Fourth of July for USA and I hope Canadian friends had a happy July 1st.
Image found at Juniper Books.

I am happy to say that so far about 972+ books have found new homes! YAY. I have to update my print out to check the exact number sent out - a few were never claimed. I periodically update the lists - deleting those won. You can still go to the Friday Pick list link to see older posts and the older lists book pictures if you want!

Repeating this helpful blog tip: You can right click on a link and you will be given the choice to open the link in a new window or tab so you do not navigate away from the screen you are on!! I use this all the time!
Posted by Martha Eskuchen at 10:27 PM