This is another fun collection of unusual super-powered cops. 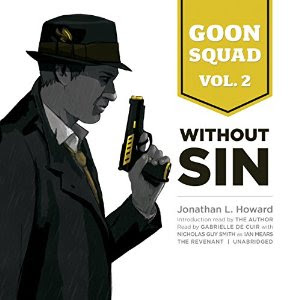 Publisher's Summary
An ongoing, episodic "prose comic" from which the pictures are summoned by the magic of words, Goon Squad is set in a version of modern-day Manchester. Its biggest divergence from the real city is that it - along with most other large urban centers - has a team of superheroes to protect it against unusual threats with which the conventional forces of law and order would have problems.
Goon Squad, Volume 2: Without Sin is composed of "A Star in Strange Ways", "Holy Fool", "Dead Man Tells Tale", "A Brief History of the Goon Squad", "Tale of Terror", and "Pomona Island", as well as an introduction read by the author.
©2014 Jonathan L. Howard (P)2015 Blackstone Audio, Inc., and Skyboat Media, Inc.


Review:
This is the second volume of collected stories featuring the Special Talents Goon Squad characters. The action and fun continues. There is additional character development in this collection, which includes pieces sharing some history on problems suffered by Talos, additional information on Red Wolf, the beginnings of the longest member of the current team, Ian, the Revenant, and a brief history of the squad. Ian lapses into a coma while he is regenerating the arm he lost to the Exterminating Angel. He doesn’t want to dream but he does, experiencing a mixture of memory and fantasy that reveals how he gained his talent and drops hints of other mysteries. The final story introduces another villain for the squad to face.

The dry British wit shines throughout in the characters and storytelling. This is fun, comic-like entertainment. If a reader is interested in sampling this series I discovered a summer special that is free at Kindle: GOON SQUAD 2014 Summer Special. 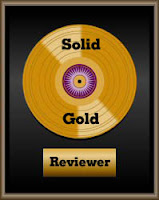 Audio Notes: I liked the introduction by the author. The rest of the narration is shared by Gabrielle de Cuir and Nicholas Guy Smith. They do a good job infusing the nuances of the characters into the story. I enjoy this is audio format and recommend it as quick, fun listening.


I received this audio from Blackstone Audio through Audiobook Jukebox. It is part of my 2015 Audio Challenge.
Posted by Martha Eskuchen at 2:45 PM