A Few Words on Gambling - Guest Post by Ashlyn Macnamara with GIVEAWAY!

I don’t know whether England possessed an official national sport during the Regency period, but I would argue if it did, that sport was gambling. The betting books in gentleman’s clubs such as White’s hold the evidence of wagers on anything from raindrop races to whether a certain couple might wed at the end of the season. They wagered on cock fights, horse races, and boxing matches. Even such seemingly staid venues as balls and Almack’s were incomplete without their card rooms—where entire fortunes might be won and lost.

The compulsion to lay a sporting wager or two wasn’t restricted to the men, either. No one thought anything of a lady sitting down to a respectable game of whist.

But the real gamblers haunted gaming hells. While White’s and Brook’s and Boodles all had card rooms, such clubs mainly served as an exclusive spot for men of the upper class to gather and discuss various issues of the day. Gaming hells were more like a casino, and they existed to relieve a man (or a woman, although I can’t imagine any respectable woman haunting such a place) of his blunt.

A time-traveller from our era might even recognize some of the games of the day. Played with dice, hazard was a forerunner of craps. The object of vingt-et-un was to see which player could come closest to twenty-one without going over—just like the game we call blackjack. Roulette has existed since the 18th century or earlier—physicist Blaise Pascal accidentally invented the roulette wheel in his search for a perpetual motion machine. Contract bridge traces its roots, in part, to a less complicated game called whist.

One of the more famous of these establishments was Crockford’s. Founded in 1793 on St. James street among the other gentlemen’s clubs, its true raison d’être was to separate wealthy young bucks from their allowances. At its height, the club was the most famous gaming house in Europe in spite of—or perhaps due to—a reputation for boisterousness. The casino’s eponymous owner invented the principal that the house always wins, which allowed him to amass a vast personal fortune, enough to rise from his working class roots to own more than one home, including one in fashionable Mayfair.

And what of the poor members of the aristocracy he fleeced? A gentleman considered his markers debts of honor—and accordingly paid them off before he paid tradesmen such as his tailor. 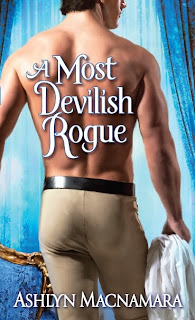 Now you may ask yourself what any of this has to do with my upcoming release,  A Most Devilish Rogue. As you might imagine, a gentleman with roguish qualities might well find himself within a gaming establishment within the course of a story. He may even land himself in a spot of trouble. To find out how this comes about, you may want to read the book. Here is the blurb:

Years ago, when Isabelle Mears was still a young miss too infatuated to know better, she surrendered her innocence to a dishonorable man. Though ruined and cast out from society, she has worked hard to shelter her illegitimate son, Jack. Having sworn off men in her quiet but dignified life, Isabelle is unprepared for the deep longing that rips through her when a handsome stranger rescues her rambunctious six-year-old from the pounding ocean surf.

George Upperton is a man in trouble with debts, women, and a meddling family. He is, by all accounts, the last gentleman on earth Isabelle should be drawn to. But loneliness is a hard mistress, and caution gives way to desire . . . even though Isabelle is convinced that happiness can’t be found in the arms of such a devilish rogue. Only when Jack is kidnapped does Isabelle discover the true depth of George’s devotion—and how far a good man will go to fight for the woman whose love is all that matters.


In the meantime, plenty of other romance heroes have found themselves in a similar situation. Others have even owned the casinos. Tell me about your favorites in the comments. 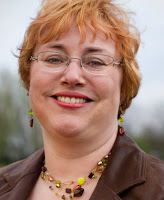 Ashlyn Macnamara writes Regency romances with a dash of wit and a hint of wicked. She considers this writing gig her midlife crisis, but figures it’s less risky than rock climbing or skydiving. When not writing, she looks for other excuses to neglect the housework, among them knitting, reading and wasting time on the internet in the guise of doing research. Despite her insistence on looking toward the past, she can be found on her website, Facebook, and Twitter. She also likes to play at being a Duchess from time to time.

Please watch for my review which will be posted mid-day on Thursday, August 22.