This is a psychological thriller that had me holding my breath!

The Whisperer
by Donato Carrisi 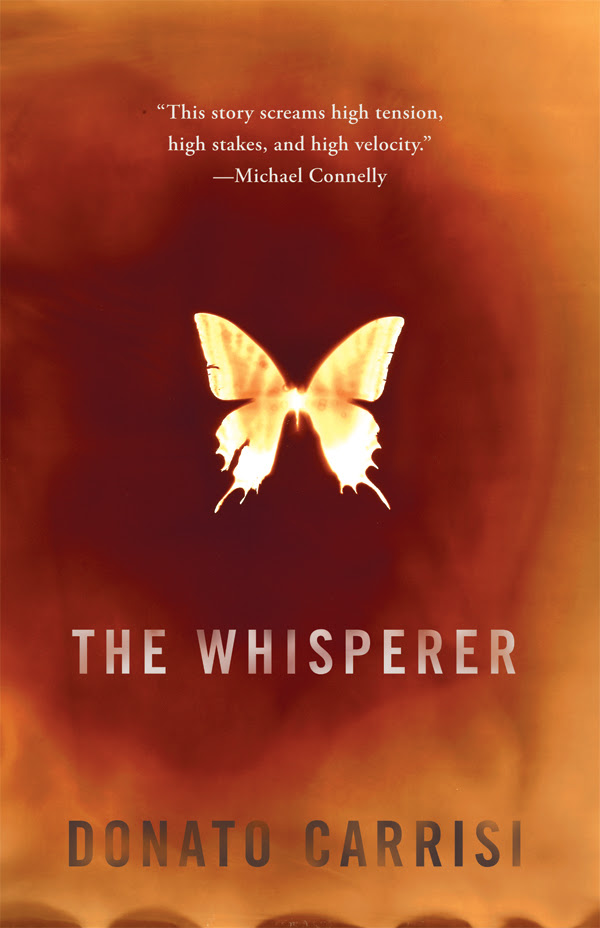 Book Description
Publication Date: January 5, 2012
A gripping literary thriller and smash bestseller that has taken Italy, France, Germany and the UK by storm.

Six severed arms are discovered, arranged in a mysterious circle and buried in a clearing in the woods. Five of them appear to belong to missing girls between the ages of eight and eighteen. The sixth is yet to be identified. Worse still, the girls' bodies, alive or dead, are nowhere to be found.

Lead investigators Mila Vasquez, a celebrated profiler, and Goran Gavila, an eerily prescient criminologist, dive into the case. They're confident they've got the right suspect in their sights until they discover no link between him and any of the kidnappings except the first. The evidence in the case of the second missing child points in a vastly different direction, creating more questions than it answers.

Vasquez and Gavila begin to wonder if they've been brought in to take the fall in a near-hopeless case. Is it all coincidence? Or is a copycat criminal at work? Obsessed with a case that becomes more tangled and intense as they unravel the layers of evil, Gavila and Vasquez find that their lives are increasingly in each other's hands.

THE WHISPERER, as sensational a bestseller in Europe as the Stieg Larsson novels, is that rare creation: a thought-provoking, intelligent thriller that is also utterly unputdownable.

Review: This is a very engaging thriller!
Mila is a lone outsider who profiles criminals, particularly child abductors and murderers. She has been bought in to join a local team investigating the disappearance of five girls whose arms - one per child - have been located, with nothing else. Adding to the puzzle is a sixth arm of an unidentified child. Mila has been called in because she is known for successfully finding children. That is her focus while the other members of the team search out the clues to find the killer.

Each of the team members has unique skills but they also have flaws. Goran Gavila, a loner and civilian is a renowned criminologist.  He is the fierce and determined leader of the team but sometimes he doesn’t see beyond his own suppositions and perhaps he has some distractions resulting from being the single parent after his wife left him and their son. The eldest agent is Stern, the information officer. He can piece together histories and similarities even if he is coming near to retiring. The 40ish, stocky Sarah is the logistic officer and computer expert. She is brusque, angry and resentful of Mila’s presence. The final team member is agent Klaus Boris, the interrogator who gets answers using many techniques as necessary.  He seems affable enough until rebuffed by Mila.

The kidnapper lays out a trail of the bodies with clues. If the team can decipher the clues they might be in time to find a girl still alive. The pressure is high and the tension thick as the team tries to work together despite chaffing each other. Things become even more intense as it appears the killer knows every step the team makes and is always one step ahead.

The team dubs the killer by the name of “Albert” but as they reveal one suspect they begin to question if they have found the wrong man. They dig deeper and are led to another villain; then another. The author adds a few views of the perpetrator but this becomes a path of misdirection too. Are they tied together? What is the connection?

The author reveals faces of evil while the team begins to crumble as their past and secrets are exposed. There are twists thrown in that are unexpected and wickedly macabre. This is a wonderful puzzle that kept me guessing and questioning to the end. The story presents a criminal mind that is new to me; it is scary and engrossing. If you like your mystery on the dark, psychological side, this is one not to miss!


A Quote:  "Evil generates only more evil. That has always been its chief characteristic."

Thank you to Little Brown & Co. for providing this book for review.
I have TWO ARC copies for giveaway. :-)
I will add this to my ARC, New Authors and Mystery and Suspense challenges.

TO ENTER THIS GIVEAWAY:

1. I can't really have you comment on the author's website unless you can read Italian! So instead, tell me why you would like to read this book OR tell me if you have a psychological thriller to recommend.
This is required for entry.

3. For two more entries, blog, facebook, tweet (any of those networks!) about this giveaway and tell me where you did.


THERE WILL BE TWO WINNERS!
* This contest is only open to residents of US and Canada.
* No P.O. Boxes Please - for shipping reasons.
* Limit one win per household.
* This contest will close 10 PM (Central) on February 24, 2012.
The winners will be randomly selected from all entries and announced on February 25 with 72 hours to complete the winners form.
Posted by Martha Eskuchen at 6:30 AM