Audible Book Review: The House with a Clock in Its Walls by John Bellairs

I was disappointed in this and hope the movie turns out better.

The House with a Clock in Its Walls
By: John Bellairs
Narrated by: George Guidall 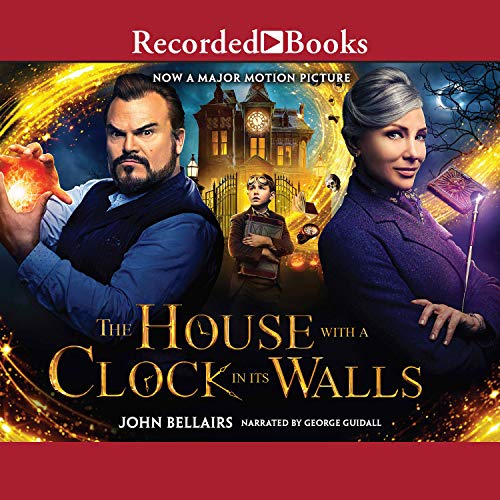 Publisher's Summary
A haunting gothic tale by master mystery writer John Bellairs - soon to be a major motion picture starring Cate Blanchett and Jack Black!
When Lewis Barnavelt, an orphan, comes to stay with his Uncle Jonathan, he expects to meet an ordinary person. But he is wrong. Uncle Jonathan and his next-door neighbor, Mrs. Zimmermann, are both witches! Lewis is thrilled. At first, watching magic is enough. Then Lewis experiments with magic himself and unknowingly resurrects the former owner of the house: a woman named Serenna Izard. It seems that Serenna and her husband built a timepiece into the walls - a clock that could obliterate humankind. And only the Barnavelts can stop it!
©1973 John Bellairs (P)1992 Recorded Books, LLC


Review:
Lewis loses his parents when he is aged 10. He took the bus to be with his Uncle Jonathan, who he wasn’t allowed to meet when his parents were alive. In 1948 the family considered the Uncle who “smoked and drank and played poker” a “black sheep” to the Catholic family. Shortly after being met at the station by his Uncle, Lewis discovers there is something strange happening with clocks in the community.

The first night at his new home, Lewis finds Uncle Jonathan prowling the halls. It doesn’t take long before Lewis learns that his Uncle and neighbor, Mrs. Zimmermann, are more than black sheep --- they are witches.

When Lewis isn’t playing games with and observing the banter between Uncle Jonathan and Mrs. Zimmermann, he is reading magic books he finds in his Uncle’s home. Lewis, an overweight boy, has always struggled to make friends at school. In order to impress a new friend, Lewis starts to experiment with the magic he is reading about. He and his friend challenge each other to visit a cemetery during Halloween. Lewis inadvertently releases the evil spirit of Serenna Izard, the wife of the prior owner of Uncle Jonathan’s house.

Lewis keeps the secret of his misdeed to himself until danger forces him to confess to his Uncle. Jonathan, Mrs. Zimmermann and Lewis must locate the clock in the walls before Serena gets to it and turns on the doomsday timepiece.

This lightly ‘spooky’ story is set years ago (1948) and was copyrighted in 1973. I had difficulties with the “fat” reverences, the name calling, the sneaking and the careless mischief. These actions might not be unusual for the age group, but I was disappointed that there didn’t seem to be an effort to encourage the moral virtues of truth and obedience. At least there was good over evil in the later part of the story. I suppose this light, ghostly mystery might be more engaging for a tweener than an adult. (Also, I understand that the print has engaging illustrations that probably helps with the target audience.)

Audible Notes: The narration by George Guidall suits the time period and the audience. His delivery demonstrates an experienced storyteller. The audio enhanced the story for me.