This is an engaging suspense with an ending that leads to another book. 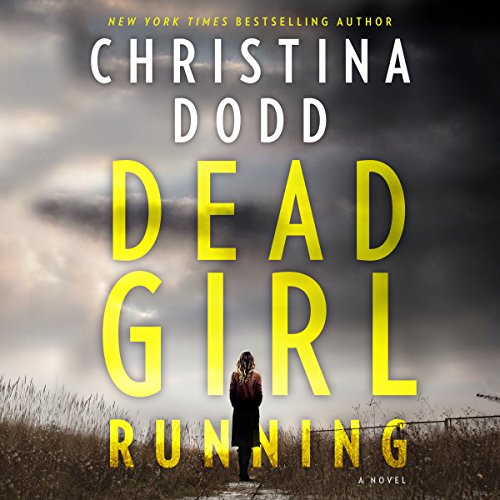 Publisher's Summary
I have three confessions to make:
1. I've got the scar of a gunshot on my forehead.
2. I don't remember an entire year of my life.
3. My name is Kellen Adams...and that's half a lie.
Girl running...from a year she can't remember, from a husband she prays is dead, from homelessness and fear. Tough, capable Kellen Adams takes a job as assistant manager of a remote vacation resort on the North Pacific Coast. There amid the towering storms and the lashing waves, she hopes to find sanctuary. But when she discovers a woman's dead and mutilated body, she's soon trying to keep her own secrets while investigating first one murder...then another.
Now every guest and employee is a suspect. Every friendly face a mask. Every kind word a lie. Kellen's driven to defend her job, her friends, and the place she's come to call home. Yet she wonders - with the scar of a gunshot on her forehead and amnesia that leaves her unsure of her own past - could the killer be staring her in the face?
©2018 Christina Dodd (P)2018 Harlequin Enterprises, Limited


Review:
Kellen Adams has a few secrets in her background…and some mysteries. Kellen has reinvented herself after escaping from a brutal, abusive husband. She is pretty sure he is dead, but it is still hard to put it behind her and out of her dreams…or nightmares.

Kellen spent seven years in the military honing combat and deductive skills. Now she has taken a job as an assistant manager at a remote vacation resort. Kellen has a brain that observes, delineates details and categorizes people and situations. This helps her working with various employees and guests and aids in directing the activities. She didn’t expect to have to deal with an uncovered, mutilated body and the subsequent investigation. The facts point to the murderer being someone, most likely staff or a long-time resident, at the resort. This news soon puts all the current staff and guests on edge.

One particular guest is supposed to be a moody author, but he keeps sticking his nose into the investigation. Finally, he pulls Kellen into his secret intrigues claiming to be an undercover officer of a little-known government artifact recovery department. The theory is that a master criminal has been smuggling stolen artifacts through the resort. Now Kellen has these headaches to add to her nightmares of running from an abusive husband and losing a year of her memories.

I was pulled into the story right away. Kellen’s unique quirk of identifying the characteristics of each person she encounters is an interesting (although sometimes awkward) technique to introduce the other characters. There are several threads of intrigue weaving through the story: Kellen’s past, the suspected smuggling and the current investigations. The author includes flashback chapters to fill in Kellen’s history and people from her past who ultimately collide with her present. There is more than one strong suspect which kept the twists going until the end. After several suspenseful, dangerous confrontations, the story ends with a surprise that is likely to have me picking up the next book.

Over the years I have enjoyed many books by Christina Dodd, both historical romances and romantic suspense. This one had different writing elements but still the well-developed characters and twisty plot. I recommend this to readers who like romantic suspense that is strong on intrigue and action.

Audio Notes: Vanessa Johansson does a good job with the narration. The characters are distinct, and the energy helps keep the listen moving. The audio made it easier for me to listen through the story.


Source: December 2018 Audible Credit. This qualifies for 2019TBR and 2019Audiobook goals.
Posted by Martha Eskuchen at 5:30 AM