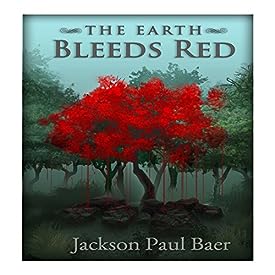 Publisher's Summary
Scott Miller has everything he's ever hoped for. He has a successful marriage to Jessie, a stunningly beautiful, creative woman. His 17-year-old daughter, Ashley, is both gorgeous and intelligent, and has just been accepted to the University of Notre Dame, where Scott received his PhD. He has a comforting home in the woods, and a fulfilling career as a college professor at Oregon State University in Corvallis. He's blissful, and at peace, until it all comes shattering down.
Ashley is kidnapped. The scene of the abduction is horrific and bloody, and the police are convinced she couldn't have survived. They accuse her boyfriend, Brandon, of Ashley's murder. He declares his innocence, and claims that a masked man who entered his house and overwhelmed them both took Ashley. No one believes Brandon.
Then the bodies of three other missing girls are discovered, all bearing the mark of a known serial killer the FBI has been hunting for years. Evidence mounts. As Special Agent James Duncan tracks the Hail Mary Killer, Scott and Jessie try to move on with their lives. But they can't shake the feeling that Ashley may still be alive, and that the time for saving their only daughter is quickly running out.
In the best tradition of literature and suspense, Jackson Baer has weaved a heartfelt tale of one family's struggle to survive after a despicable evil wrenches them apart.
©2013 Jackson Baer (P)2018 Jackson Baer


Review:
Scott Miller loves his wife and his 17-year-old daughter, Ashley. They live in a nice home in the woods of Oregon and Scott has a good job as a college professor. Ashley has been accepted into the University of Notre Dame. She is a lovely young woman who attends church and lives a good live. Live is good for the family until one night when Ashley doesn’t come home.

Ashley disappears from her boyfriend Brandon’s house, leaving a pool of blood behind. Scott and the police don’t buy Brandon’s story of a masked attacker who knew Ashley by name and knocked him out. They are convinced that Brandon is guilty.

No ransom call comes and time goes by with no trace of where Ashley has disappeared. Scott and his wife have tried to accept that she won’t be returning but they don’t want to give up hope.

Months later bodies of young women have surfaced and the FBI is intently investigating a serial killer. They find clues that make them tie Ashley’s disappearance to the Hail Mary Killer. Tension mounts along with personal conflict for Scott and his wife.

This story had an interesting mix of styles. It starts with a cozy family picture that shifts into the suspense of mystery and trauma of the missing daughter. The strong, emotional family elements continue to weave in and out during the tension of the mystery. I liked the light faith comments that were lightly shared. I would recommend this to readers who enjoy a thriller with twists and emotional drama.

Audio Notes: This is one time that I don’t think the story was helped by the narration. I found Dan Carroll’s narration to be flat. The only effort to provide voice characterization consisted of awkward accents. There was little emotion or suspense shared which would have been appropriate. This was little more than a flat reading. Sadly I found this distracting and almost abandoned the audio to pick up the Kindle version. I only continued with the audio for the convenience of listening with my MP3. I suggest listening carefully to the sample before deciding to pick up the audio version.


Source: Author. This qualifies for 2018 Audio and Alphabet Challenges.
Posted by Martha Eskuchen at 10:31 PM