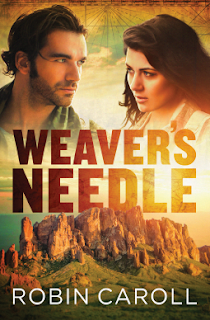 Two recovery specialists.
One murder.
A hunt for the Dutchman's Lost Gold Mine becomes a race of survival.
Former Army MP Landry Parker fell into the recovery specialist role quite by accident—to help her ailing father. Now that she’s on her own, she is determined to prove herself and honor her family legacy.
After being shot in the line of duty, former police officer Nickolai Baptiste became a recovery specialist, and he’s good at his job—maybe even the best.
A potential client pits Landry and Nickolai against one another to find the Dutchman’s Lost Gold Mine map that was stolen from her murdered husband, and the potential payday is too enticing to pass up. The trail takes them from New Orleans to Weaver’s Needle in Arizona where legend claims the mine is hidden. Landry and Nickolai are no strangers to adventure, but the unlikely partners quickly discover there’s someone after the treasure and there are those who want to ensure the lost mine in Arizona’s Superstition Mountain stays lost forever.
Can Landry and Nickolai work together despite their distrust of each other to save the legend before more innocent lives are lost? Will they find the real treasure isn’t the gold, but something more valuable. . .true love and understanding?


Review:
The blurb lays out the scenario so I won’t repeat it. Landry and Nickolai are competitors following separate leads to find the map. There are two associates of the murdered business magnate that may be trying to help the search…or not. Others living near the mine have taken advantage of the newest information and someone wants them to drop the search. When verbal threats turn to deadly accidents, Landry and Nickolai decide to collaborate by sharing their clues.

Nickolai feels he has failed to protect his family, especially a much younger sister who needs special medical attention. He soon finds himself trying to protect Landry even as she tries to resist their mutual attraction. Landry is a Christian and knows that she should not be drawn to a man who is not a believer.

Nickolai has some dream visions that convince him to continue the search to locate the map, if not the mine, before more innocent lives are taken. Their determination has them stepping directly towards a killer as they draw closer to the mystery of the mine.

I really like the idea of a treasure map/treasure hunt. The first half of the story is a bit slower but the action picks up well in the second half. There were interspersed scenes of a Native American (Apache) going on a dream journey to become a guardian shaman. Although this might be considered against the Christian message, I didn’t take it that way.

I enjoyed the nicely developing connection between the two strong characters, Landry and Nickolai, and appreciated that Landry was hesitant to rush into a relationship with an unbeliever. This is an easy read and I recommend it to readers who enjoy Christian mystery with a clean romance.


I received this through NetGalley. It adds to my NetGalley Challenge.
Posted by Martha Eskuchen at 11:00 AM