I enjoyed this and would be glad to listen to more adventures in the series. 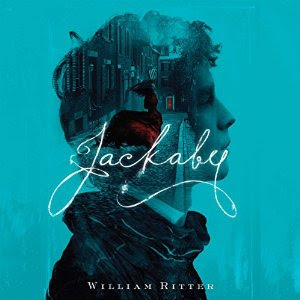 Publisher's Summary
Newly arrived in New Fiddleham, New England, 1890, and in need of a job, Abigail Rook meets R. F. Jackaby, an investigator of the unexplained with a keen eye for the extraordinary - including the ability to see supernatural beings. Abigail has a gift for noticing ordinary but important details, which makes her perfect for the position of Jackaby’s assistant.
On her first day, Abigail finds herself in the midst of a thrilling case: A serial killer is on the loose. The police are convinced it’s an ordinary villain, but Jackaby is certain the foul deeds are the work of the kind of creature whose very existence the local police seem adamant to deny.
While Abigail finds herself drawn to Jackaby’s keen intelligence and his sensitivity to phenomena others barely perceive, her feelings are confused by the presence of Charlie, a handsome young policeman willing to help Jackaby and Abigail on the case. But is Charlie’s offer a sincere desire to be of service, or is some darker motive at work.
©2014 Original material © 2014 R. William Ritter. Published by arrangement with Algonquin Young Readers, an imprint of Algonquin Books of Chapel Hill, a division of Workman Publishing, Inc. (P)2014 (p) 2014 HighBridge Company


Review:
Abigail has traveled alone to New Fiddleham and is looking for a job. She makes inquiries around town and finally responds to an ad she sees posted. The position is for an assistant to private investigator, Jackaby. Jackaby is an engaging detective, whose observation skills reminded me of the workaholic, intense, Sherlock Holmes, with a major difference. Jackaby sees in the magical world of the fae. He has a wealth of knowledge (and resource library) regarding fae creatures who often cause mischief and sometimes commit murder.

Initially Jackaby isn’t sure he wants to take Abigail on as an assistant, especially considering that things with his last assistant didn’t turn out quite right. Abigail ends up tagging along as Jackaby goes to investigate the scene of a local murder. Abigail suspects Jackaby is ‘off’ a bit considering his claims of fae, magical creatures which are unseen by most members of human society.

The local Chief Inspector isn’t thrilled with having Jackaby on the case since he doesn’t believe in all this mystical stuff. But one of the junior Detectives, who captures Abigail’s interest, helps Jackaby and Abigail by giving them access to the scene and witnesses in the building. As they investigate, Jackaby discovers that Abigail has a strong ability to see normal items and details important to the investigation and Abigail learns that Jackaby really does see things beyond the human realm.

The first murder leads to a second and the Chief Inspector arrests the wrong suspects, leaving the real culprit on the loose. Jackaby is certain they are dealing with multiple killings that had not yet been connected. They begin to close in on the murderer but the police officials cause confusion that almost results in Abigail’s brutal murder.

Abigail meets a ghostly host in Jackaby’s apartments as well as other friends of Jackaby in the apartment and in the village. Abigail makes a good companion to Jackaby's eccentricity and the other characters add to the story. The mystery, conflict with the police and danger keep the story moving at a good pace. This is designated for young adults but I found it fun and enjoyable as an adult too.

Audio Notes: Nicola Barber does a wonderful job narrating this story. I felt she captured the atmosphere of the edge of magic as well as the personalities of the various characters. The voice for Jackaby is unusual and I thought it worked for his unique character, preoccupied as he is with otherworldly elements. The narration made for a very fun listen.


This is another TBR from my Audible shelf. It qualifies for Mount TBR, Audio Book Challenge and as "J" for Alphabet Challenge.
Posted by Martha Eskuchen at 4:59 PM