This is a fun, fast sci fi read. 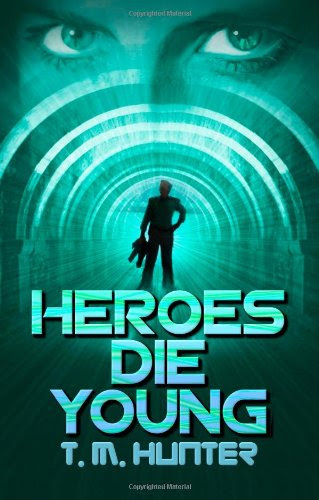 Book Description
Publication Date: September 1, 2008
A derelict freighter abandoned in outer space is too much for space pirate Aston West to pass up and he can't fight the urge to pilfer its valuable cache of illegal weapons. However, the ship's one last occupant has other ideas and fights to maintain her hold on the weaponry. After attack craft return to finish the ship off, Aston has no choice but to save her from certain destruction. Who is she? What are the weapons for? Why was the freighter destroyed? For every answer he finds, he discovers more questions, and his life is put in jeopardy every time he stops to catch his breath. Aston's life motto of never getting involved is put to the test, and he must decide whether to become a hero for a people in need, or continue on his path of self-preservation.

Review:
This was a fun, fast sci fi read.
Aston West is a space pirate who sometimes takes legitimate freight jobs. He is delivering a cargo when he comes across an abandoned freighter with a valuable cargo of illegal weapons. When he boards the ship to pick up the weapons he also picks up a living occupant, Rione. After first attacking him Rione ends up hitching a ride when local space craft move out to blow up the freighter.

Aston’s set to dump his passenger, unload his legit cargo and take off to sell his booty. As a bonus he picks up a new delivery and all looks good until he gets arrested. The authorities can’t prove he has illegal cargo thanks to the camouflaging capabilities of his constant companion and aid: Jeanie, his ship’s computer. She is the closest you might get to a genie in a bottle.  But Rione is pointing the finger at him and in order to get released Aston has to make a deal.

Aston has no desire to take sides between two planet governments, nor rebels on either planet. He doesn’t want to be anyone’s hero. He just wants to enjoy the profits of his ‘salvage’ and live his life quietly and safely alone.  Fate and Rione have other plans as she manipulates him into helping her rebellion.

I really enjoyed Aston’s laissez-faire character and the light, ironic tone of this adventure. The plot involves hidden agendas and betrayals but it is complete in this story.  The writing is easy to read and there is plenty of action to keep it fast paced.

I'm glad I got to read this and would be glad to read more. This is just one episode in Aston’s career but I could see it being part of more adventures. And in fact... I just checked and there are other Aston adventures available. If you enjoy easy sci fi, I think this would make a great ‘series’ or related story group to pick up for light, fast reading.

Setting out for another deliver:


I’d been shot at, threatened, imprisoned, verbally abused, and nearly sentenced to death. This definitely not my finest hour.  Page 55.

Aston's thoughts when being permitted to bring his friend along on a summons to visit with the President:


It was a good sign. If I were in trouble, they would have shot down my demand. Still, I wasn’t sure what was going on, and though that seemed to be a common occurrence anymore, it bothered me. Page 99.

This book was from my TBR as I won it quite some time ago from the author at a Champagne Books chat.
I will add this book to my New Author and TBR challenge lists.

TO ENTER THIS GIVEAWAY for the Review Copy:
1. Visit the author's website and tell me something you find of interest. This is required for entry.

* This contest is only open to residents of US and Canada.
* This contest will close 10 PM (Central) on July 27, 2012.
The winner will be randomly selected from all entries.
WINNER WILL BE ANNOUNCED on July 28.
Winners will have 72 hours to respond by email or the winners form linked in the announcement.

Posted by Martha Eskuchen at 8:59 PM