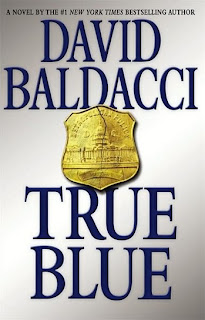 Product Description
A mysterious high-profile homicide in the nation's capital collides with the dark side of national security in David Baldacci's new, heart-stopping thriller.

Mason "Mace" Perry was a firebrand cop on the D.C. police force until she was kidnapped and framed for a crime. She lost everything-her badge, her career, her freedom-and spent two years in prison. Now she's back on the outside and focused on one mission: to be a cop once more. Her only shot to be a true blue again is to solve a major case on her own, and prove she has the right to wear the uniform. But even with her police chief sister on her side, she has to work in the shadows: A vindictive U.S. attorney is looking for any reason to send Mace back behind bars. Then Roy Kingman enters her life.

Roy is a young lawyer who aided the poor until he took a high-paying job at a law firm in Washington. Mace and Roy meet after he discovers the dead body of a female partner at the firm. As they investigate the death, they start uncovering surprising secrets from both the private and public world of the nation's capital.

Soon, what began as a fairly routine homicide takes a terrifying and unexpected turn-into something complex, diabolical, and possibly lethal.

REVIEW:  This is a wonderful suspense story – the great quality that we are accustomed to from David Baldacci. I’m hoping for a follow-up on Mace’s story.

Mace is a good complex character -- intense -- a risk junkie.  She also is rogue and will NOT go by the books in spite of being very newly on parole.  She is lucky that she doesn’t get thrown back in jail.  Of course it helps that her sister is Chief of Police.

Roy Kingman may not be a “he-man” but he isn’t a wimp either!  He is smart and kind and normally a logical and down to earth lawyer -- until he meets Mace.  She pulls out the impulsive in him.  I’d like to say he calms her …but nope – seems nobody and nothing can really calm or control Mace! Not even her sister.

The plot is full of political corruption – the stuff you hate to think about.  Who wants to think that the “good guys” will kill to follow or cover up for their own agenda? Add to that some on the street toughs who look like they might get Mace and you have some real excitement going on.

The audio has some great sound effects during some car chases that really enhance the listening.  Initially I wasn’t overly impressed with the narrator – I didn’t really feel he got the change of voices that well or the excitement.  However after the first several discs I was engaged enough that I didn’t notice what I thought was a less than stellar reading.

This is a good solid suspense that will keep you on edge until the end.

News from the author’s website:
The hardcover edition of True Blue remains a best seller for the eleventh consecutive week.

Thank you to Anna at Hachette for the opportunity to read and review this book.