This is an interesting beginning to a post apocalyptic series.
The Ranch: Jack Sterlings Legacy
The Legacy Series, Book 1
By: Sean Liscom
Narrated by: Christopher Lane 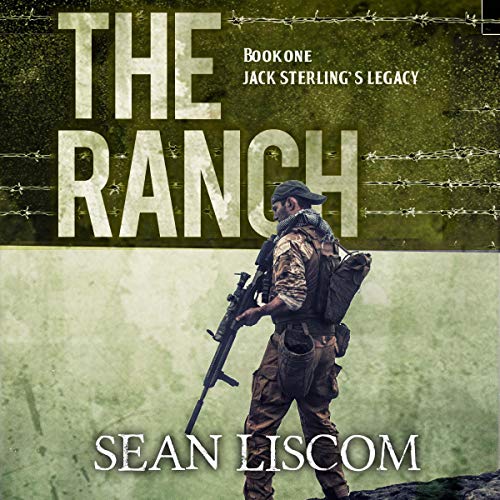 Publisher's Summary
Post-apocalyptic fiction by Sean Liscom.
Jason Sterling had a simple life by all accounts. He had worked the same job his entire adult life, he had never married, and he had no children. He was used to doing things on his own. His comfortable life was shaken to the core the day he learned of his fathers death. It was a mysterious meeting that set life-altering events in motion, and the allure of a new life was too great to walk away from. When an electromagnetic pulse brings the modern world to its knees, Jason's choice proves to be the right one.
©2019 Sean Liscomb (P)2019 Creative Texts Publishers, LLC


Review:
Jason Sterling was only an infant when his mother died, and he and his elder brother were raised by their grandparents after his father basically abandoned the young boys. He moved on after high school and became a hardworking man, having worked his way up from the stock room to management. One morning Jason arrives at work to find a lawyer who tells him that his father has died, and Jason has the chance to inherit his father’s ranch. Jason agrees to at least inspect the ranch before making a decision. What he discovers is an understaffed working ranch, with military stockpiles designed to provide a save spot for his father’s sons and his friends’ families in the event the world goes awry.

Those working on the ranch include his father’s longtime friend, Allan, the property manager, and Jill, the daughter of the lawyer, who turns out to be a top-notch security guard, among other skills. Jason quickly sees that the ranch can use young hands and specialized training classes to make it a profitable enterprise that can afford to stay up with the resources needed in the event of world chaos. Jason agrees to stay and soon the ranch begins to make money through security and preparedness training.

Things are moving along well when disaster occurs with an EMP stopping all technology. Those on the ranch hope their loved ones, including Jason’s brother and his family, can safely make it to the safety of the ranch. Meanwhile, a fired sheriff’s deputy, humiliated by Jill, is joining with other local thugs to take what they want while he plans revenge. The nearby town begins to experience uncontrolled violence driving some of the local law enforcement crew and their families to seek refuge on the ranch. Ultimately, the ranch hands, with some unexpected allies in the form of a military unit, will have to face the violent band if they want to retain their safe home and begin to rebuild the local community.

The story includes a bit of intrigue, a lot of preparedness details, a touch of romance, and, of course, thuggery and battle. Interestingly, I found the story on the low-key side but that fit the pragmatic leadership and nature of the main character. I like the ranch crew, especially Jason and his friendship and growing relationship with Jill. I am curious to see where the story goes so I will be adding the next book to my library soon. I recommend this to fans of post-apocalyptic stories.

Audio Notes: Christopher Lane does a good job with the narration. He provides distinct voices and energy that conveys the personalities of the characters. I look forward to continuing the series in audio format.