I enjoyed the interesting elements in this romantic suspense. 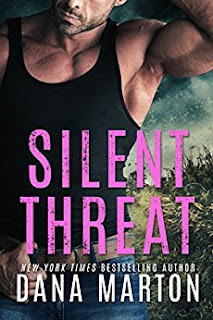 A former Navy SEAL, Cole Makani Hunter has returned home from a disastrous black ops mission without his best friend, his hearing, or the use of his right arm. So when his ex–commanding officer assigns him to an undercover mission at a rehab center for vets to discover who leaked sensitive military information to an enemy, he’d rather be anywhere but there. Almost immediately, Cole finds himself at odds with Annie Murray—a peace-loving ecotherapist whose dream is to open an animal sanctuary out of her home. While the two seemingly have nothing in common, their spirited arguments soon fuel a passion for each other.
But just as things begin to heat up between therapist and patient, dangerous complications arise. So does the past—and a shocking revelation that puts Cole and everything he now holds dear in the path of a murderous traitor.


Review:
Annie Murray is a calm, ecotherapist who loves her strays. She is using her unique therapy skills at a rehab center for vets while she gathers resources to open an animal sanctuary. She cares for unusual pets like abandoned baby skunks, two llamas, an injured donkey and more. But Annie has other ‘strays’ she doesn’t want, like an ex-boyfriend who is having trouble understanding the words “not interested” and a stalker who might be her ex or someone more dangerous.

Cole Makani Hunter is a former Navy Seal who has lost his hearing and the use of one arm. He isn’t really interested in the rehab work but he has been sent in undercover. Once he meets Annie and experiences her tough, take no guff attitude, Cole finds his protective instincts are kicking into gear. Cole is a large man who could imitate Annie, but she stands her ground with him.

The very beginning of the story is a little slow but soon Cole is introduced as a character and the banner, rapport and tension quickly pickup. I was drawn in by these characters and their vulnerabilities and strengths. I had never heard of ecotherapy but really like the idea and it was fun how the author used that with Cole’s reluctance. I also appreciated how the author portrayed the problems a deaf man would face, especially one trained as a seal to have super situational awareness. There is emotion through the story, fear, distrust, insecurity, loss and some love and joy. The protagonists may have been reluctant to see themselves together but fortunately that changes along the way.

Although this isn’t action packed, there is strong tension as harmful acts toward Annie escalate. The author provides short glimpses of a twisted villain, but the person isn’t revealed until near the end. The writing is direct and moves at a good pace. I hope to read more by this author. I would recommend this to readers who enjoy a good romantic suspense.


Source: NetGalley. This qualifies for my 2018 NetGalley Challenge.
Posted by Martha Eskuchen at 11:21 PM