It's Monday! What are You Reading? Plus Mailbox Monday July 6, 2015

I'm not sure where June went! We zipped into July and I was glad to have a family weekend camping in the RV. We didn't go too far away, only about three hours. We had a scare that the electric was not going to work (Ack no AC!) but DH replaced the main plug and all was well. The kids particularly had lots of fun and DH did his usual tinkering and cooking. He even cooked his own Birthday cake! I didn't use my computer for three days - which I think is a record. I rested, read and watched the kids a bit.
We got back today but I didn't turn the computer on until after dinner. So I am just barely going to get this up on Monday. :-)

I enjoyed my reading/listening week. I finished two ebooks, one audio and am well into another audio.  I posted only two reviews, both with giveaways and only two memes since I was without the computer several days.

I didn't get to visit at all last week and hope that I can this week.
Thanks as always to all the nice people who visit me.

A Promise of Forever (A Tallgrass Novel Book 1)
by Marilyn Pappano
I did enjoy this and the review and giveaway chance are linked above.
Click on book title for full description. 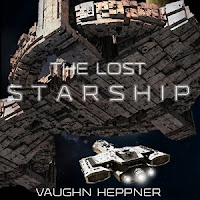 The Lost Starship
Written by: Vaughn Heppner
Narrated by: David Stifel
I like this engaging sci fi.
I received this audible from the publisher through Audiobook Jukebox.
Click on book title for full description.

Two Hearts: When I Said I Do, I Meant Forever
by James Richey
Nice writing; I  will post review
and author guest post on July 9.
Click on book title for full descr iption. 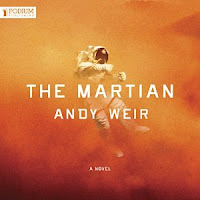 The Martian
Written by: Andy Weir
Narrated by: R. C. Bray
This grips attention and moves quickly.
This is from my own Audible library.
Six days ago, astronaut Mark Watney became one of the first people to walk on Mars. Now, he's sure he'll be the first person to die there. After a dust storm nearly kills him and forces his crew to evacuate while thinking him dead, Mark finds himself stranded and completely alone with no way to even signal Earth that he’s alive—and even if he could get word out, his supplies would be gone long before a rescue could arrive. Chances are, though, he won't have time to starve to death. The damaged machinery, unforgiving environment, or plain old "human error" are much more likely to kill him first. But Mark isn't ready to give up yet. Drawing on his ingenuity, his engineering skills—and a relentless, dogged refusal to quit—he steadfastly confronts one seemingly insurmountable obstacle after the next. Will his resourcefulness be enough to overcome the impossible odds against him?"

Love in Disguise
by Carol Cox
I am reading this for Ladies' Book Club on July 11.
Can she solve the crime before they uncover her true identity?

Jobless and down to her last dime, Ellie Moore hears about a position with the Pinkerton Detective Agency and believes it's the perfect chance to put her acting skills and costumes to use. Reluctantly, the agency agrees to give her one assignment, one chance to prove herself. Disguised as Lavinia Stewart, a middle-aged widow, Ellie travels to Arizona to begin her investigation. When the need arises, she also transforms into the dazzling Jessie Monroe, whose vivacious personality encourages people to talk.

Mine owner Steven Pierce is going to lose his business if he can't figure out who's stealing his silver shipments. In his wildest dreams, he never expected to receive help from a gray-haired widow...or to fall in love with her beautiful niece.

Then the thieves come after Lavinia and Jessie. Ellie isn't safe no matter which character she plays! Should she give up and reveal her true identity? What will Steven do when he realizes the woman he's falling in love with doesn't really exist?

Set in 1880s Arizona, Love in Disguise blends romance, humor, and mystery for a can't-put-down read. 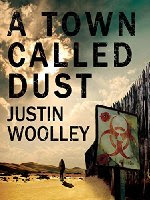 A Town Called Dust: The Territory 1
by Justin Woolley
I purchased this to read before book 2 which I have from NetGalley.
Stranded in the desert, the last of mankind is kept safe by a large border fence ... Until the fence falls.
Squid is a young orphan living under the oppressive rule of his uncle in the outskirts of the Territory. Lynn is a headstrong girl with an influential father who has spent her entire life within the walled city of Alice.

When the border fence is breached, the Territory is invaded by the largest horde of undead ghouls seen in two hundred years. Squid is soon conscripted into the Diggers—the armed forces of the Territory. And after Lynn finds herself at odds with the Territory's powerful church, she too escapes to join the Diggers.

Together Squid and Lynn form an unlikely friendship as they march to battle against the ghouls. Their journey will take them further than they ever imagined, leading them closer to discovering secrets about themselves, their world, and a conspiracy that may spell the end of the Territory as they know it.

If My People . . .: A 40-Day Prayer Guide for Our Nation
By: Jack Countryman
I have to catch up a few days to be back on track.
The quotes from our founding fathers are particularly interesting at this time.
If My People guides believers on a 40-day prayer journey in the spirit of 2 Chronicles 7:14.
Click on book title for full description.

June/1/15- I am still up to date on Bible reading and greatly enjoying the readings-- It seems my eyes are open to more details and meaning.. I am reading The One Year Bible again along with my husband and others from our church. I am also listening to the companion commentary online.

July:
July 9 iRead Review, Guest Post with Giveaway Two Hearts: When I Said I Do, I Meant Forever
by James Richey

I posted two reviews last week but I am behind as I start this week.
Reviews to do: Extreme Retrieval, Judas the Apostle, Top Dog, The Lost Starship and Two Hearts.
I am back to six books at NetGalley.
I really want to get to a TBR eBook in July as I didn't get to any in June.

I didn't have any time to pick out new books for review. Also - I am hoping to take a little break and read some from my TBR shelves/boxes.
I downloaded the free Audio pair from SYNC and I downloaded some free kindle titles to my library.

(Although I have gotten to a couple, I still have many author requests, old and new ones, to consider and reply to.)
Are your mailbox and TBR piles blooming?

Echoes of An Angel
by Aquanetta Gordon, Chris Macias
Read by Robin Miles


Over the past week I only added 35 free Kindle titles to my library since I was away from computer for three full days and nights and two additional nights. Titles found linked through Bookbub, Bookfun, Ereader News Today, Free Par-tay, Ignite Your Book, Inspired Reads, Pixel of Ink or Kindle ebooks.
Posted by Martha Eskuchen at 11:54 PM

Email ThisBlogThis!Share to TwitterShare to FacebookShare to Pinterest
Labels: Mailbox Monday, Monday reading, What are you Reading?