Another busy but not too stressful week except for juggling work with staff out sick  I got four reviews done but only three posted, one with Print giveaway and a Giveaway Hop as well. Also posted the usual memes. :-)

I visited others early in the week and at the end of the week.
Thanks as always to all the nice people who visit me. 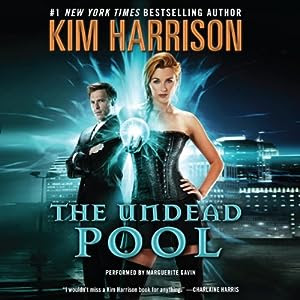 The Undead Pool: The Hollows, Book 12
Written by: Kim Harrison
Narrated by: Marguerite Gavin
I do enjoy listening to this series.
Review to post on Monday.
Click on book title for full description.

Hard to Handle (Love in the Balance)
by Jessica Lemmon
A sweet, sexy second chance romance.
Review and giveaway linked above.
Click on book title for full description. 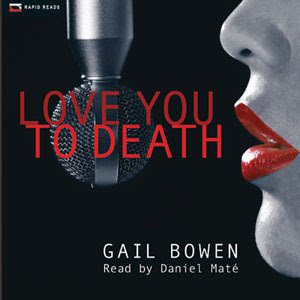 Love You to Death
Charlie D. Mysteries, Book 1
by Gail Bowen
These are quick bite mysteries which I am excited to have received in audio format for review from Post Hypnotic Press.
Charlie D is the host of a successful late-night radio call-in show. His listeners have a particularly intimate relationship with him and often reveal much about themselves, confident that he will honor their trust and that he can save them. In their minds, he is perfect: one of life's winners. But Charlie feels he's something of a fake. His easy confidence on-air belies the reality for a man born with a wine-colored birthmark that covers half his face. Love You to Death covers one hour on "The World According to Charlie D"--an hour during which he must both discover the long-time listener who is killing the people who trust him and attempt to come to terms with the man behind the birthmark.

The Seducer
by Madeline Hunter
I have had this series for some time
and decided to begin the series.
The hero is hard to like until further in the book.
I'll post a review with giveaway later this week.
Book Description
Publication Date: September 30, 2003
THE SEDUCER
From the moment he arrived to rescue her, Diane Albret saw more in the darkly handsome, charismatic gentleman than just a guardian. Over the years that have passed since she first laid eyes on Daniel St. John, he had become, quite simply, the most dangerously irresistible man she could ever have imagined. Diane herself has changed from a bewildered schoolgirl, tragically orphaned, into a determined young woman of alluring charm and beauty. Now, leaving the cloistered life of her school, she has been brought to Daniel’s home with dreams of her own amid rumors and hints of scandal. But the legendary seducer seems to have other plans for Diane—and he possesses a secret about her lost past that he will do everything to keep: a secret that will put both their lives in jeopardy, even as the passion they have denied for so long threatens to break out of all control.

Edmund Pickle Chin, A Donkey Rescue Story
by Clara Bowman-Jahn and Susan April Elwood
Illustrated by Lynne Bendoly
Edmund Pickle Chin, A Donkey Rescue Story is based on a true story. Edmund, the main character, is an abused donkey who is the first of many animals to call Evermay Farm, a small rescue in central Georgia, home. Susan, Edmund’s care giver in the story, not only gives the shy donkey the time and patience he needs but gives him a new name every day of the week. The title takes on one of those nicknames she so lovingly calls him. As Susan starts to take in new critters, Edmund finds himself changing. As his name grows, so does his trust and acceptance. Edmund soon learns that he is not only needed but wanted. This confused, frightened donkey’s life changes as he becomes a hero, a babysitter, and a companion to the other residents at Evermay Farm.
Genre: Children's
Pages: 36, fully illustrated 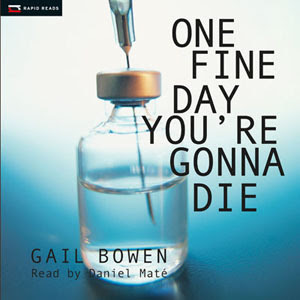 One Fine Day You're Gonna Die
Charlie D. Mysteries, Book 2
by Gail Bowen
I enjoyed the first episode and am looking forward to this second mystery.
Charlie D is back doing his late-night radio call-in show. It's Halloween--The Day of the Dead. Not a day filled with good memories for Charlie, but the show must go on. His studio guest this evening is Dr. Robin Harris, an arrogant and ambitious "expert in the arts of dying and grieving," who also seems to be auditioning for her own radio talk show. Charlie and Dr. Harris do not hit it off. Things go from bad to worse when the doctor's ex-lover, Gabe, goes on air to announce that he's about to end his life. Dr. Harris is entirely unsympathetic until she learns that Gabe also has her daughter Kali and plans to poison her too. It will take all of Charlie D's on-air skills to save both Gabe and Kali.

The Temptations of Anna Jacobs
A Dangerous Liaisons Novel (InterMix)
by Robyn DeHart
I am enjoying these characters and the suspense.
Review and giveaway to post 4/22 as part of blog tour.
Book Description
Publication Date: April 15, 2014
Love and justice…
When Drew Foster is released from prison, he doesn't much care about salvaging his soiled reputation. Though he's working undercover, everyone in Victorian London believes him guilty of the Jack the Ripper murders and that his brother paid for his "innocence."
Despite her genteel upbringing, Anna Jacobs is intent on finishing medical school and becoming a physician. Society's ridicule has never bothered her, but when her brother, the Yard's best detective, is scorned for letting Drew go, she confronts the one man who can set the record straight at a ball. She certainly doesn't count on the rogue being dashing and handsome, nor on him stealing a passionate kiss.

Anna's brazen contempt for his dangerous reputation captivates Drew, but he is harboring secrets that make him unfit to court any proper woman. As he finds himself an outsider among his colleagues at Scotland Yard, the feisty beauty offers up her medical knowledge to assist him on the case. But when the real killer returns to London to continue his reign of terror, can Anna find safety in Drew's arms?

Fair Play: A Novel
by Deeanne Gist
I am looking forward to starting this sweet historical romance.  I selected this title at NetGalley.
Book Description
Publication Date: May 6, 2014
From the bestselling author of It Happened at the Fair comes a historical love story about a lady doctor and a Texas Ranger who meet at the 1893 Chicago World’s Fair.

Saddled with a man’s name, the captivating Billy Jack Tate makes no apologies for taking on a man’s profession. As a doctor at the 1893 Chicago World’s Fair, she is one step closer to having her very own medical practice—until Hunter Scott asks her to give it all up to become his wife.

Hunter is one of the elite. A Texas Ranger and World’s Fair guard specifically chosen for his height, physique, character, and skill. Hailed as the toughest man west of any place east, he has no patience for big cities and women who think they belong anywhere but home…

Despite their difference of opinion on the role of women, Hunter and Billy find a growing attraction between them—until Hunter discovers an abandoned baby in the corner of a White City exhibit. He and Billy team up to make sure this foundling isn’t left in the slums of Chicago with only the flea-riddled, garbage-infested streets for a playground. As they fight for the underprivileged children in the Nineteenth Ward, an entire Playground Movement is birthed. But when the Fair comes to an end, one of them will have to give up their dream.

Will Billy exchange her doctor’s shingle for the domesticated role of a southern wife, or will Hunter abandon the wide open spaces of home for a life in the “gray city,” a woman who insists on being the wage earner, and a group of ragamuffins who need more than a playground for breathing space? 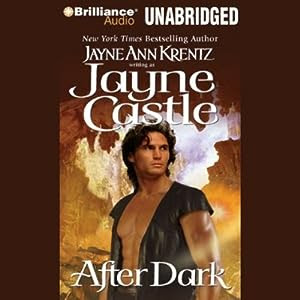 After Dark: Ghost Hunters, Book 1
Written by: Jayne Castle
Narrated by: Joyce Bean
I had listened to a prior book later in the series
so I decided to try the first book.
Publisher's Summary
Life is tough these days for Lydia Smith, licensed para-archaeologist. Seriously stressed-out from a nasty incident in an alien tomb, she is obliged to work in Shrimpton's House of Ancient Horrors, a very low-budget museum. She has a plan to get her career back on track, but it isn't going well. Stuff keeps happening.
Take the dead body that she discovered in the sarcophagus exhibit. Who needed that? Finding out that her new client, Emmett London, is one of the most dangerous men in the city isn't helping matters either. And that's just today's list of setbacks. Here in the shadows of the Dead City of Old Cadence, things don't really heat up until After Dark.
©2007 Jayne Castle; (P)2009 Brilliance Audio, Inc.

Line Edits: We are now finalizing formatting for two ebook re-releases, as well as working on two non-fiction releases.

This month I have more review books than from my own TBR. :-)
I read five, completed three reviews so I am currently at  four open.

NetGalley: I did pick up some more titles for April.
Fair Play: A Novel by Deeanne Gist (reading)
Raptor 6 by Ronie Kendig
The Escape (Survivor's Club) by Mary Balogh