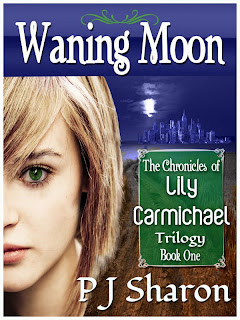 Book Description
Publication Date: September 25, 2012
In the year 2057, in a post-apocalyptic world where a polar shift threatens the survivors of a widespread pandemic with extinction, sixteen-year-old genetically enhanced Lily Carmichael has more immediate problems. Her uncle is dying of cancer and her healing abilities are ineffective against the blood ties that bind them. In order to find a cure, Lily must leave the protection of her quiet town and journey to the trading city of Albany, all while avoiding the Industry, an agency that would like nothing better than to study and exploit her abilities.

Seventeen-year-old Will Callahan has been searching for his father since severe storms blasted through the Midwest, killing his mother and sister. When he learns that his father may be in the city, he catches a ride with Lily, a girl who has come to his rescue more than once. As the two embark on a dangerous journey, the tension between them grows. But the secrets Will’s keeping could put Lily in far more danger than traveling to the city with him, and if he was any kind of man, he would have told her to run the minute she found him.


Review:
Lily, a sixteen year old, lives in a secluded village with her Uncle, Sam, and her younger brother, Zephron, in a post-apocalyptic world. The children were genetically enhanced and keep their special abilities secret because otherwise they would be pulled in, studied and used by The Industry. Lily has special skills as a healer but her brother’s powers lean toward violent outbreaks. Their Uncle is a creative engineering and mechanical whiz with skills to create camouflage and provide means of survival.

Lily has encountered a stranger heading toward her home and in an effort to evade him there is an accident that leaves her more frightened than ever. Shortly thereafter Lily finds a young man, Will, looking wild and starved, in one of her brother’s traps. Although she knows she should not allow any stranger near their home she feels that she must help him.

Will is a seventeen year old who is traveling to find his father who he believes has gone to the city. His father has a family connection with the government but doesn’t agree with the policies so he may be laying low to avoid being brought in. Will stays with Lily’s family for a few days while they prepare a caravan trip to the city to trade for supplies and the special medicine that Lily’s Uncle needs for his cancer.

Although the trading seems to go well there is danger following Lily and Will. Lily gets in trouble when she meets with the doctor who is supposed to provide the medicine. Lily flees and tries to follow Will only to discover more trouble and danger when she has to rescue him from the authorities who are actually seeking her.

The characters are likeable and pretty natural in their circumstances. I enjoyed the developing friendship between Lily and Will even though it is clear that they are both hiding secrets. That is part of the intrigue to the story as the author weaves in the past history to reveal their secrets. There are some points that didn’t quite seem realistic ... that is to say the actions and events were contrived. Yet the story was engaging. It flowed well and read quickly. I would be interested to follow the continuing adventures.

I received a download for this book from the author at EPICon 2013.
Posted by Martha Eskuchen at 8:05 PM