This is a marvelous Sci Fi romance full of action and intrigue!
Shrouded
by Frances Pauli 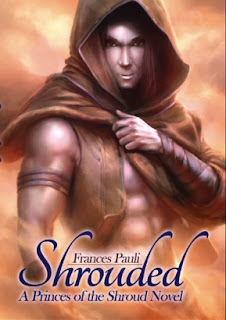 Book Description:
Vashia’s father is the planetary governor. Unfortunately, he’s also a complete bastard. When he promises her to his lackey, Jarn, she panics. On the run in the nastiest corner of the galaxy, Vashia seizes her one chance at escape and signs on as a bride candidate for the elusive race of aliens known as the Shrouded, unaware that she very well may be chosen as the next Queen of Shroud

Of the seven, volatile Shrouded princes, Dolfan may be the only one that doesn't covet the throne. So the last thing he expects to find in the future queen is the woman of his dreams. If he wants Vashia, he must accept the throne as well. Unfortunately, his long-time rival has the same idea. Now, only the planet’s sacred crystal can decide their fates, but what happens when the right woman is paired with the wrong man? And when Jarn comes after what was promised to him?


Review:
Vashia is the daughter of a powerful, uncaring planetary Governor. She has learned that he has agreed to ‘give’ her to his evil, ambitious henchman, Jarn. Vashia runs, rather than submit, fleeing into unsavory parts of the city to dodge Jarn and his brutes. Her accounts are frozen and her options reduced to only one supposed friend. Her friend steers her to become a bride candidate on another planet for an alien race known as the Shrouded.

Vashia makes friends with other bride candidates on the trip to Shroud. One tells the legend that the princes of Shroud choose their new king by a bride ceremony where the heart stone of the culture selects the “kingmaker.” Supposedly the pair are bonded in true love by the stone. Although some of the girls believe the story, Vashia doesn’t. She just hopes that her life on Shroud will be better than marriage to the evil Jarn.

Dolfan is one of the seven princes and he is more interested in getting a love bond through the heart than getting to be king. He is shocked to feel an electrical attraction to Vashia who seems to respond to him too. He is sure that she is intended for him until one of the other princes shows competing interest.

As soon as Vashia is exposed to the first two of the princes she feels an unmistakable buzz. Then the heart binds her... but not to the man she first was attracted to but to a stranger. The heart is never wrong and no one has ever challenged its choice but things are not right. Dolfan and unexpected allies sense that the match is wrong and they must find a way to correct the situation.

Several men have plotted through betrayal and lies to allow one particular prince to gain the throne. One seeks to escape with wealth, another seeks power and a third secretly plots to take over the planet and its special and protected markets. Now the fractured leadership council faces a nefarious attack by none other than Vashia's father and her enemy, Jarn. Someone within has betrayed the people by allowing evil forces to get past the defenses and threaten to ruin life as it has been known on Shroud.

Vashia first escapes one unwanted match only to end in another wrong match. The characters are extremely likeable... or not when it comes to the evil ones. The emotions range from fear, pain, betrayal and horror to joy. The worlds created are imaginative and intriguing and there is a surprising twist to the heart bond. I loved the action and danger which kept the story moving with a fast pace so that I read this in one 24 hour period!


I received this title from Coffee and Character for Blog tour review and feature.

Author Bio:
Frances Pauli writes speculative fiction, usually with touches of humor or romance, which means, of course, that she has trouble choosing sides.
She's always been a fan of things outside the box, odd, weird or unusual, and that trend follows through her books, which feature aliens, fairies, and even, on occasion, an assortment of humans.
~~~~~~~~~~~~~~~~~~~

Ms. Pauli shared some music that helped inspire her as she worked on Shrouded:
"I believe at the time I was listening to a lot of Sirius radio New Age channel.
I was mad for, Some Men, by Darkel and I still think of it in relation
to Shrouded. If I had to pick one song, that would be it. There's a
great version here:

I know I listened to a lot of Classical too. Berlioz, Symphony
Fantasitque for certain, and I probably brought out the Carmina Burana
for the invasion scene.  It's always good for the charge to battle." 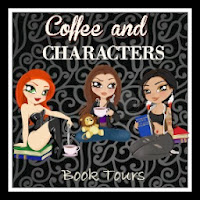