Book Review: The Return of Cassandra Tod by Darrel Nelson

This is an easy read with good suspense and drama. 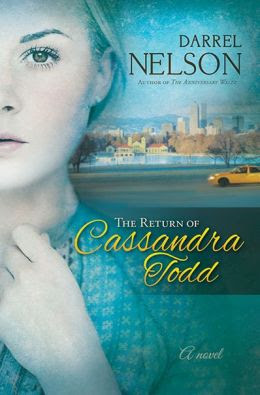 Book Description
Publication Date: February 5, 2013
When the popular girl whose friends bullied him in high school suddenly reenters his life, little son in tow, Turner Caldwell must put the past behind him if they are to survive.

Turner Caldwell works at a local motel as a handyman while attending college full-time. On his way to class one day, he is shocked to see Cassandra Todd and her young son in town. The sight of her brings back powerful memories of being bullied in high school—she was the popular head cheerleader and he the target of her friends’ mean-spirited pranks.

When Cassandra and her son check into the motel where he works and she asks for his help in eluding her abusive husband, he finds himself entangled in a dangerous drama that will require him to forgive and draw on every skill he has if they are to survive.


Review:
Turner was pretty much a loner in high school. He was a skinny kid who got bullied by the handsome, popular, football quarter back, Brad Duncan. Brad and his buddies nick-named Turner “Pancake” after Brad tripped him to fall face first into his plate of pancakes. Turner began to grow into his own after high school when he served successfully as a Christian Camp Counselor. He was angry when the position was discontinued and became bitter with God when his mother died from cancer.  Now Turner works as a handyman for a motel and attends college in the evenings.

Turner is surprised when he goes to fix a door chain on one of the rooms and discovers the occupant is Cassandra Todd with a young son, Justin. Cassandra was one the head high school cheerleader and although Turner recognizes her she does not recognize him. She has returned to town  to take care of finances as she is running away from her abusive husband.

Two thugs, with an angry husband close behind, show up looking for Cassandra and Justin.  Turner and the motel owner end up hiding Cassandra and Justin and they manage to sneak them away.  They are provided a cabin in the woods where they have a short time of refuge. But somehow the bad men manage to follow and soon Turner is struggling in the woods, using all the survival skills he can think of to protect Cassandra and Justin. Cassandra shares her strong faith in God slowly convincing Turner that God brought them together for such a time to help each other.

I liked that Turner is a character with flaws and vulnerabilities. He is not the usual big, strong hero but he is smart, kind and wonderful with Cassandra and Justin. Cassandra is steadfast in her faith and strong in her determination to protect her son. Justin is a sweet boy and the author is able to use a part of the story to show the effects of trauma against the child as well as the mother. I understand Cassandra’s fear of going to the police but even though restraining orders are not always sufficient protection, it is important to have abuse documented or the true facts will likely be twisted by the abuser. Some of the events are a bit of a stretch but, then again, I am one who believes that God can and does perform miracles.

Although I am not a huge fan of drama stories, this story has plenty of suspense which is very well done. I loved the clever ‘tools’ of nature that were used as defensive and offensive weapons. The writing is smooth and very easy to read. I enjoyed this and recommend it to those who like suspense and drama mixed with a little bit of romance and a good dose of faith.


I received this book for an honest review as part of Glass Road PR tour.
This story is set in Colorado for my 2013 Where Are You Reading Challenge. The author is new to me.
Posted by Martha Eskuchen at 5:00 AM