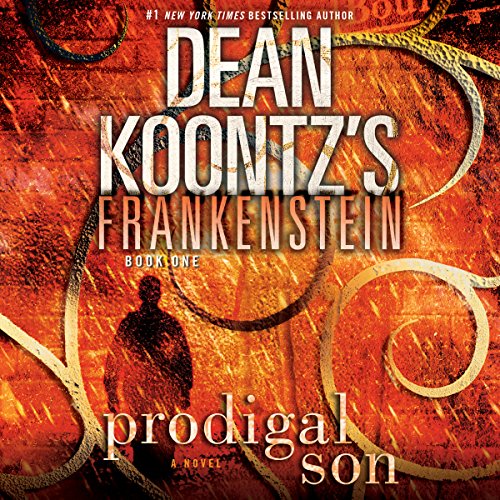 Publisher's Summary
From the celebrated imagination of Dean Koontz comes a powerful reworking of one of the classic stories of all time. If you think you know the legend, you know only half the truth. Here is the mystery, the myth, the terror, and the magic of...
Every city has its secrets. But none as terrible as this. He is Deucalion, a tattooed man of mysterious origin, a sleight-of-reality artist who has traveled the centuries with a secret worse than death. He arrives in New Orleans as a serial killer stalks the streets, a killer who carefully selects his victims for the humanity that is missing in himself. Deucalion's path will lead him to cool, tough police detective Carson O'Connor and her devoted partner, Michael Maddison, who are tracking the slayer but will soon discover signs of something far more terrifying: an entire race of killers who are much more - and less - than human and, deadliest of all, their deranged, near-immortal maker: Victor Helios - once known as Frankenstein.
©2005 Dean Koontz (P)2017 Brilliance Publishing, Inc., all rights reserved.


Review:
The story caught my interest from the start. Further in I didn't want to put it down. I was fully engaged and enjoying the characters (the good guys). The primary villain is horrible and it is fascinating to see how his creations are slowly breaking out of his planned control. I was captured by the narration and intrigued at the implications of seeking happiness and meaning in life by the created monsters. I was caught up in the protagonist's transformation .. and then the ending! Arrgh! I had forgotten this was the first in a series.

I was surprised by the imagination and depth, although perhaps I shouldn’t have been since Koontz is a well known and accomplished author. I know some of his books are off the edge horror, but this one is creepy and wonderfully strange without being really scary horror.

I found this to be a little drawn out to get where it is going. Still, the characters, including villains, are well drawn and the story moves well. I recommend this for those who enjoy the idea of a Frankenstein monster with a heart fighting a truly evil megalomaniac.

Audio Notes: I found the narration by Christopher Lane to be spot on for the tone and intent of the story. It is a great entertaining experience.


Koontz is the author of one of my favorite time travel titles: Lightning.
Source: Audible Daily Deal $3.95 6/3/2018. This qualifies for Audiobook Challenge and 2018 title for Alphabet Challenge.
Posted by Martha Eskuchen at 8:50 PM