If I gushed, I would gush over this audio book.
Unwritten: A Novel
Charles Martin (Author)
Kevin Stillwell (Narrator) 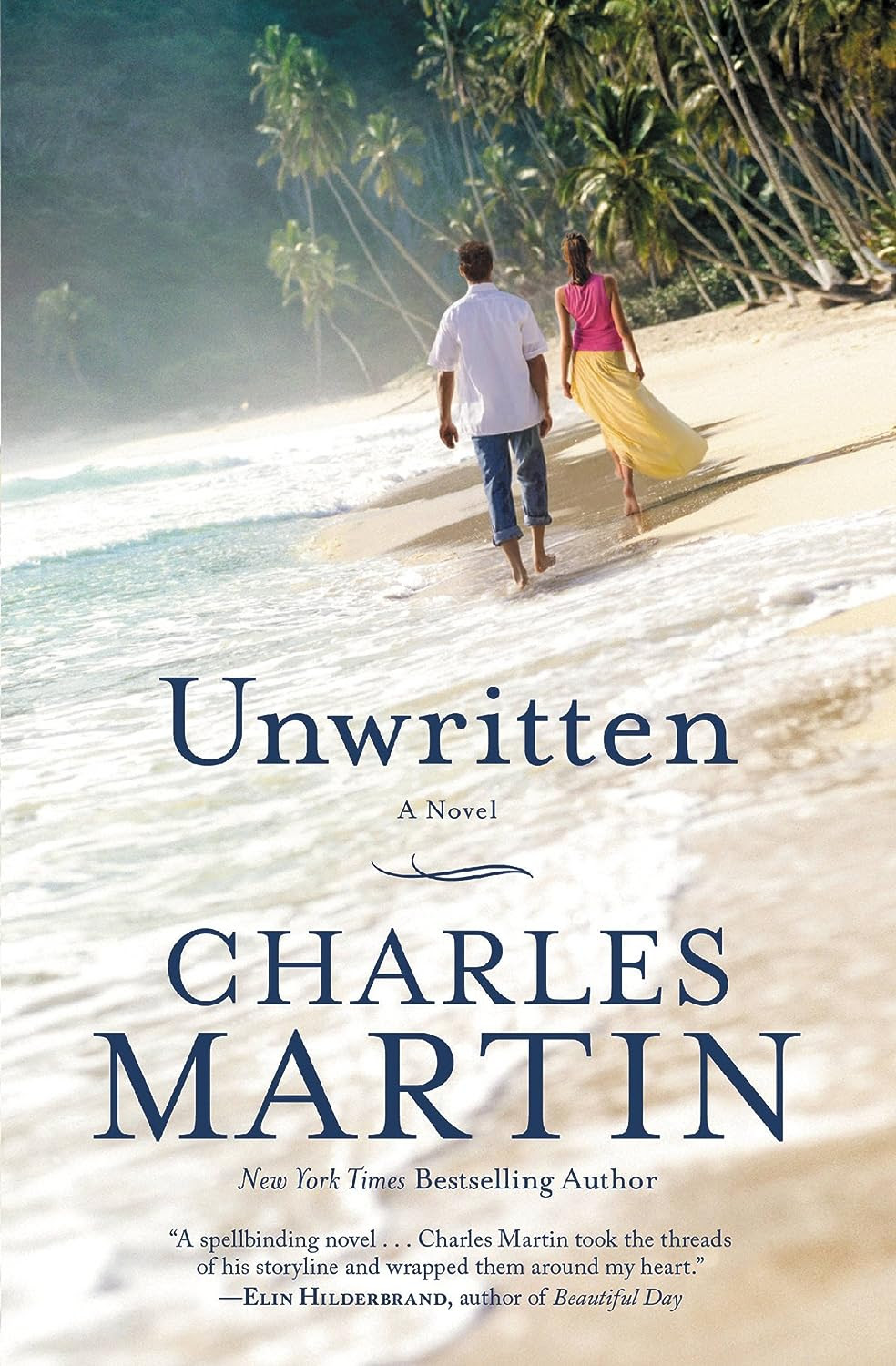 Book Description
Publication Date: May 7, 2013
An actress running from her past finds escape with a man hiding from his future.
When someone wants to be lost, a home tucked among the Ten Thousand Islands off the Florida coast is a good place to live. A couple decent boats, and a deep knowledge of fishing and a man can get by without ever having to talk to another soul. It's a nice enough existence, until the one person who ties him to the world of the living, the reason he's still among them even if only on the fringes, asks him for help.

Father Steady Capri knows quite a bit about helping others. But he is afraid Katie Quinn's problems may be beyond his abilities. Katie is a world-famous actress with an all too familiar story. Fame seems to have driven her to self-destruct. Steady knows the true cause of her desire to end her life is buried too deeply for him to reach. But there is one person who still may be able to save her from herself.

He will show her an alternate escape, a way to write a new life. But Katie still must confront her past before she can find peace. Ultimately, he will need to leave his secluded home and sacrifice the serenity he's found to help her. From the Florida coast, they will travel to the French countryside where they will discover the unwritten story of both their pasts and their future.


Review:
Katie is a world famous actress sometimes known as the “ice queen”. She has many fans but few real friends. Father Steady, a Catholic Priest, became her true friend when she was a lonely teen newly arrived in America. Now he is not sure how to help her when he suspects that she has reached a point of no return.

Another of Father Steady’s lonely friends is ‘Sunday’. Sunday dropped out of society nearly ten years before after a shattering loss. He has been living a secluded life on his boats, fishing in the Florida Keys and Everglades. Father Steady hopes that this pair of broken souls might find a way to help each other pull out of their own despairs and return to live productive lives.

Sunday arrives on the scene just in time to help Father Steady ‘rescue’ a reluctant Katie. Sunday offers her the choice of disappearing from society as he did. She accepts but then insists on traveling to her homeland in France. Although Katie is not the easiest person to like, Sunday reluctantly travels with Katie and becomes her support for the ordeal she faces as she tries to make peace with her past.

At first Sunday thinks he has helped pull Katie from the worst of her depression, but when he fears she is still on the edge he realizes he will have to give up his own secrets. Then Sunday will have to face his own demons as well and hope that both he and Katie can return to share peace with their staunch friend, Father Steady, if not to completely release their self-imposed isolations.

The story is a beautifully woven mix of human emotions. The author, Mr. Martin, had me wrapped into the emotions as the painful pasts of these characters is revealed. I found myself sharing the sorrow and small joys but mostly wishing for their recovery as the pair struggle to find meaning in the pain they have experienced. Although most of us will never know the fame that Katie deals with, most readers can relate to a time when we wonder about the purpose of our life. The story also makes us realize how intertwined our lives can be with those we come in contact with, sometimes intimately and sometimes casually without even knowing the impact made.

The writing is wonderfully descriptive with prose that flows and breathes. (I did love the Florida descriptions of areas somewhat familiar to me.) This is one of those stories where I wanted to reach the ending but didn’t really want the story to end. It was the first I have read by this author but will not be the last.

Audio Notes: The narration by Kevin Stillwell was remarkable. He managed the character inflections so well I had to look to make sure there was not a female narrator too. More impressively, he conveyed the emotional depths of the characters with appropriate whispers and sometimes wrenching pain. The narration enhanced an already awesome read.


I feel blessed to have received this audiobook as a free download through NoiseTrade.
Posted by Martha Eskuchen at 9:09 AM