I enjoyed the strong characters and action in this warm historical romance.
Seducing the Ruthless Rogue
(The Rogue Agents Trilogy Book 2)
by Tammy Jo Burns

Book Description
As Director of The War Office, Stuart McKenzie, has proven himself capable of making difficult decisions in times of crisis and keeping government secrets safe. When he walks in on someone ransacking his study he quickly moves to apprehend them, only to be tossed on his back as the burglar escapes into the night.
Cassie’s father has become a pawn in the fight against Napoleon. When the enemy kidnaps him, she will do anything it takes to get him back – including stealing government secrets from Stuart McKenzie, the Director of the War Office.
When Cassie is caught, she reluctantly agrees to Mack’s assistance as there is something far more sinister going on. As Mack embarks on his mission, he will find that enemies are often closer than one would think and that sometimes your ally will come in the least likely form. When passion erupts between Mack and Cassie, they find their lives forever altered. But just as they believe their lives to be free of danger, a new threat is lurking about, promising to rip their happiness away from them. Will they be able to trust each other enough to defeat this new threat, or will they be torn apart for all eternity?


Review:
Cassie is the daughter of two scientifc parents. Her mother died when Cassie was young leaving her in the care of her inventor father and their Chinese houseman, Chang. Cassie has grown up prepared to speak her mind and defend herself with Chinese fighting skills. She has been supporting the household for the past year or more by selling articles and editorials to the local paper under an assumed name.

Cassie visits the Director of The War Office every Monday with the pretext to speak with Director Stuart McKenzie. It is a dance they play because as long as he refuses to speak with her she knows that he still has her father in protective custody where he designs gadgets for the war efforts.

One afternoon Cassie is assulted on the streets and told that her father has been kidnapped and if she wants to see him safely returned she must obtain current war maps to trade for her father. She sneaks into the Director’s office and then into his home to try to locate the maps.

Director Stuart McKenzie, Mack, is accustomed to assassination attempts but when he tackles a thief in his study, he is surprised to find it is Ms. Graham - Cassie. She explains that she has been told that her father has been threatened. The next morning Mack takes her to the safe house only to discover that her father is missing and the government agent has been killed. Mack is able to unconver the identity of the traitor by following notes and clues that are left with Cassie.

Cassie and Mack rub each other the wrong way. She is stubbornly independent and he demands control, trying to dictate to Cassie. But beyond that power struggle, there is a distinct attraction that they both try to ignore until they are caught in a compromising situation. Cassie would refuse to marry but her father insists and her new friend (Mack’s sister-in-law) guilts her into going through with it. There is tension in their new relationship but they find they are compatible in bed.

Mack tries to insist that Cassie stop writing but she refuses to obey. Meanwhile they are both concerned when Cassie is shot and she is getting letters threatening to rip apart everything she loves. Mack and Cassie begin to trust each other but they are both reluctant to admit that they might fall in love.

I enjoyed the characters, the danger and the suspense in the story. The conflicted romance is supported nicely by a good action plot. For the most part the writing flowed well but there were several areas of repetition that could have been edited better. I have to be honest to say that my rating was down a little bit due to the editing issues. Still, I enjoyed this and recommend it to those who enjoy suspense with their historical romance. This is the first book I have read by this author and I would be interested in trying another title from Ms. Burns.


I received this ebook for tour review from IndieSage PR. 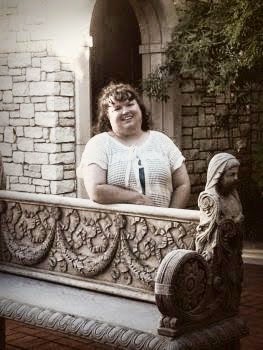 ABOUT THE AUTHOR
From a young age I could always be found carrying around books to read while watching my grandmother's soap operas with her. I read anything and everything I could get my hands on and even made up skits and stories for my friends and me to act out. Once I outgrew the children's and YA books, my mom introduced me to an entirely new world - contemporary romance. Upon discovering I had a love for history I began devouring historical romances. One day, sitting in a college British History class, something the professor said made me think, I wonder. I quickly called mom (also a writer) and ran the idea by her. After being told, "Of course you can do it, you're my daughter," the rest, as they say, is history. I currently share my love of reading with the next generation as a high school librarian, and share my personal life with my demanding dog trapped in a cat's body, Ajax.
Follow Tammy Jo Burns.
Website: http://www.tammyjoburns.com/
Facebook: https://www.facebook.com/tammyjoburnsfanpage
Twitter: https://twitter.com/tammyjoburns
GoodReads: https://www.goodreads.com/author/show/7304813.Tammy_Jo_Burns

EXCERPT:
“Do you feel what you do to me?” he whispered. He placed a soft kiss on her forehead. Mack pulled back and saw that her eyes were tightly closed, and her lips were pursed shut. He dropped gentle kisses over each of her eyes, then her cheeks, and finally the upturned tip of her nose. His lips caressed hers, lightly, teasingly, but she remained the same, trying to block out what he did to her. Mack let the tip of his tongue glide against the seam of her lips and though her eyes flew open, her delectable mouth remained tightly shut against his invasion. She left him no choice. “Forgive me, darlin’,” he said before crushing his lips roughly against hers.

***
“Ow!” Cassie managed to get out before she found Mack exploring the recesses of her mouth. Her lips throbbed where he had ground them against her teeth, but somehow he seemed to soothe even that small injury. She felt her heart beating heavily in her chest. Cassie would be lying if she said she was not the least excited about what her husband was doing to her. Husband, she thought. She had never thought she would find herself married. The boys in the village had always thought her much too strange and learned for them. Then when their little family had moved to London after her mother’s death, she had not gone about looking for a husband or friends.
“Where are you?” he asked, resting his forehead against hers.
Cassie found herself staring into a pair of smokey silver eyes, rimmed with dark lashes. Dark brows formed a ‘V’ from the way he scrutinized her. Cassie flexed her hands that were still pinned above her head because her fingers ached to rake through his short, dark hair. She wanted to test the texture. Was it silky or coarse? “Do you know you have flecks of silver in your hair?” she asked curiously.
“I would say half of them have been caused by you.”
“Me? We haven’t even known each other that long. How dare you accuse me…”
“Did you know your eyes flash when you’re angry? They look like they are lit from within.”
“Let go of me.”
“Not on your life,” he said.
Cassie didn’t fight him as he plundered her mouth like a marauding pirate. This time there was no way her mind drifted. The things he was doing to her were making her insides melt. She began to respond, and she heard a deep groan.
“That’s it,” he said before returning to her mouth once more. This time he nibbled at her lips as if they were a fine delicacy. “You look so bloody beautiful,” he whispered as he moved to nibble on her right earlobe.
“No, I don’t,” she replied breathily. “I’m just plain.”
“Whoever told you that was a liar.” Mack bent down and lifted her up in his arms.
“What are you doing?”
“Taking you to bed.”