One of eTreasures' authors, Cindy Huefner Cromer, is among a group of authors who are up for the 2012 "50 Great Writers You Should be Reading" contest sponsored by The Authors Show.
I'd be so pleased if some of my blogging friends would support our efforts by voting for her title! Thanks for your consideration and support.

To vote, click here to go to the contest page and you'll see a link that says, "Please click here to vote for your favorite author." 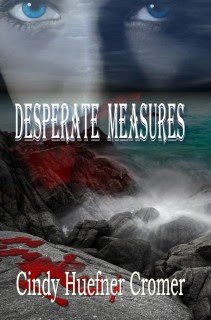 The secret is out AGAIN…! This time lives are in jeopardy.

What should have been the perfect vacation soon became a nightmare. Caitlin Martel made a stop before meeting her family at Miami International Airport. A cryptic message waited for her. She dismissed the threat and assumed it was directed toward the brilliant scientist that she recently hired. Caitlin has no idea that a forgotten secret was about to explode and put her life in jeopardy.

When Caitlin and her family arrive on the Caribbean Island of St. Kitts, they find their dream home vandalized. In the kitchen, another message has been left. In blood, leaving no doubt that Caitlin personally is the target.

In a flashback Caitlin recalls the secret that her father, Jack Spencer, revealed to her sixteen years ago. He didn’t tell her everything. Will Jack be able to confront the truth and reconstruct the past in time to save his daughter?

Caitlin’s husband Scott, FBI Assistant Director, also believes the threats are related to Caitlin’s professional life. Once Caitlin points out the significance of what was left in their home, Scott unofficially brings his top FBI agent, Tomas Medina, to St. Kitts.

When Tomas arrives, his status is quickly upgraded and the investigation becomes official. The third threat creates a direct link to multi-billionaire Lukas Bucklin.

The suspense escalates through twists, turns, and family secrets yet to be revealed. A powerful climax unveils an unlikely alliance between two deadly and dangerous enemies.

Posted by Martha Eskuchen at 3:29 PM