I enjoyed this continuation of the series even though it is full of war action. 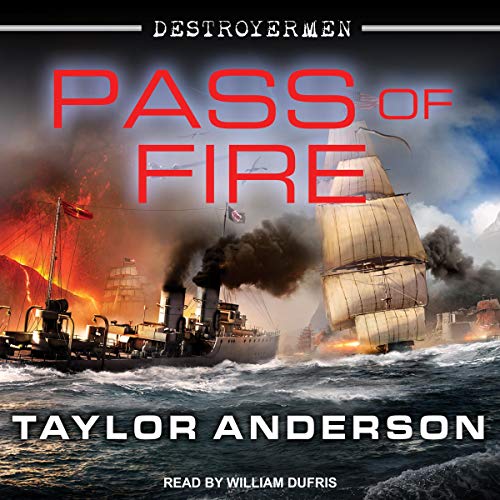 Publisher's Summary
Time is running out for the Grand Human and Lemurian Alliance. The longer they take to prepare for their confrontations with the reptilian Grik, the Holy Dominion, and the League of Tripoli, the stronger their enemies become. Ready or not, they have to move - or the price in blood will break them.
Matt Reddy and his battered old destroyer USS Walker lead the greatest army the humans and their Lemurian allies have ever assembled up the Zambezi toward the ancient Grik capital city. Standing against them is the largest, most dangerous force of Grik yet gathered.
On the far side of the world, General Shinya and his Army of the Sisters are finally prepared for their long-expected assault on the mysterious El Paso del Fuego. Not only is the dreaded Dominion ready and waiting for them; they've formed closer, more sinister ties with the fascist League of Tripoli.
Everything is on the line in both complex, grueling campaigns, and the Grand Alliance is stretched to its breaking point. Victory is the only option, whatever the cost, because there can be no second chances.
©2019 Taylor Anderson (P)2019 Tantor


Review:
This volume continues with the struggles of the Grand Alliance against the Grik, the Dominion, and a new enemy, the League of Tripoli. There are battles in about five different locations. All battles are described with some strategy from the Humans, the Lemurians, and even the Grik, some of who are growing beyond their long time traditions.

First General Regent Champion Esshk is consumed with power even to the point of betrayal of the Grik Celestial Mother (the Queen). It isn’t clear how General Halik will respond to events. Currently, he has agreed to work with the Allies but that could change at any time. Then there is Senior First of One Hundred, Jash. Jash has been trained and elevated by Esshk but doesn’t totally agree with his actions. Jash is intent on trying to save the Celestial Mother when the Alliance attacks the second holy city, Sofesshk, in order to take the new Celestial Mother as a hostage.

The leaders of the Dominion are convinced that they can defeat the Grand Alliance. The troops of Lemurians under Major Blas, and Humans under General Blair of the Empire of the New Britain Isles, are outnumbered. Do they have enough heart and strategy to hold out until reinforcements arrive?

This book seemed more full of battles and less full of personal developments. Matt Reddy’s wife, Nurse Sandra, is benched while she awaits the delivery of their child. We do get plenty of time and interesting development with Silva, Larry, and even the Celestial Mother. I know that not all of the characters can survive the battles so I flinch whenever we risk the old favorites. I am still totally enjoying the series and am looking forward to picking up book 15, Winds of Wraith, due out in June.

Audio Notes:William Dufris is such a voice for this series. He has established voices for the various characters, human, Lemurian, Grik, Dominion, British, Irish, Spanish, male and female. I do note that the print/ebook versions have some interesting maps and drawings of the many ships. Still, I love listening to the audio versions.

My Reviews for the Destroyermen Series
Into the Storm, Book 1 -- guess I didn't write a review.