This was very engaging and fun! 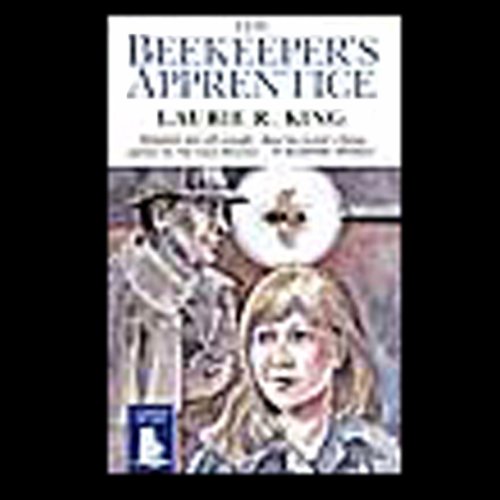 Long retired, Sherlock Holmes quietly pursues his study of honeybee behavior on the Sussex Downs. He never imagines he would encounter anyone whose intellect matched his own, much less an audacious teenage girl with a penchant for detection. Miss Mary Russell becomes Holmes' pupil and quickly hones her talent for deduction, disguises and danger. But when an elusive villain enters the picture, their partnership is put to a real test.


Review:
Mary Russell has lost her family and is living in her country home with her difficult Aunt. Mary spends most of her time with her nose in a book… even as she walks the meadows. She is surprised to stumble upon a man in the pasture who is studying bees. When she realizes the neighbor is none other than the renowned Sherlock Holmes, Mary is intent on becoming his pupil.

Holmes has become mostly reclusive and didn’t expect to take on a pupil/protégé – especially a young female! He helps hone Mary’s abilities especially during the summers and holidays when she leaves her school in Oxford to visit her friend in the country.

Holmes and Russell team together to rescue a kidnapped child. Several years into their relationship, Holmes and Russell find themselves dodging bomb attacks. They have to go into hiding to gather the evidence to uncover and fight the assailant.

I totally enjoyed this story told from the view of Mary Russell as a brilliant mind jousting with the legendary acumen of Sherlock Holmes. I admit it has been some years since I read The Adventures of Sherlock Holmes (once as a teen/college student and again as a mature adult over 40), but I remember always loving the details and the plodding discovery of clues and deductive reasoning towards solving each mystery. I liked that Ms. King’s retired Sherlock is not quite as tainted or drug loving as he was when younger. His mind is just as keen and sharpened by the perceptive intelligence of young Mary. I am inclined to pick up more books in the series. This was an engaging read/listen and I highly recommend it to Sherlockian fans.

Audio Notes: Jenny Sterlin does a great job with the narration. She provides distinct voices with accents that fit the story and characters. Her narration helped me become immersed in the story.